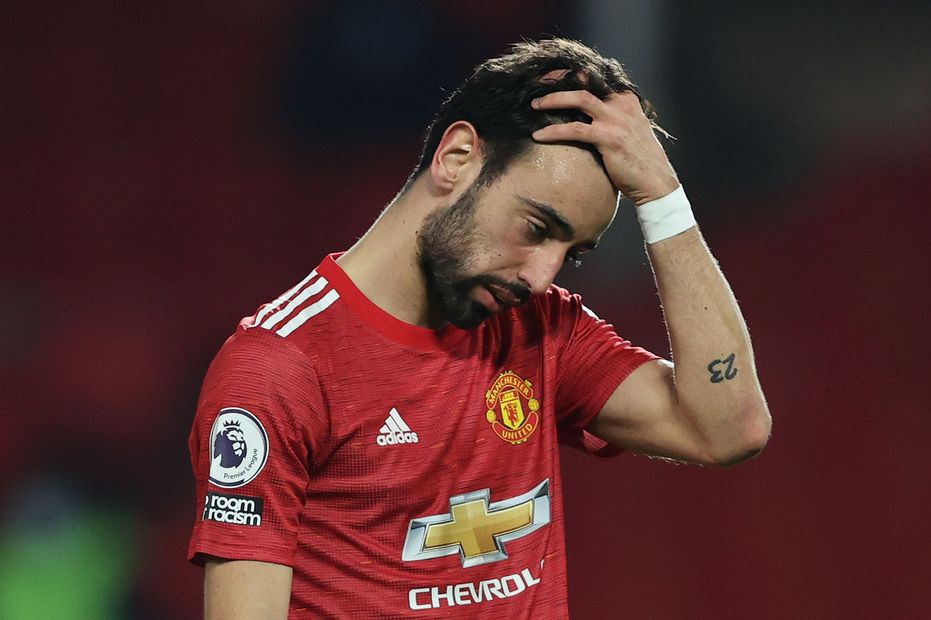 The Scout looks at captain alternatives to Man Utd star, who has four blanks in his last six matches

Solskjaer: We looked like a team on a mission External Link
FDR Analysis: Time to target Leicester

Owners of Bruno Fernandes (£11.6m) in Fantasy Premier League were again left frustrated after his blank against Tottenham Hotspur in Gameweek 31.

The Manchester United playmaker remains the top-scoring player in Fantasy on 216 points.

But he is struggling for form, blanking in four of his last six appearances.

Fernandes has produced just one goal, an assist and 26 points over that run, one point fewer than his team-mate Mason Greenwood (£7.0m).

Yet the Portuguese's huge 57.7 per cent ownership continue to entrust him with the armband.

Indeed, hehas been among the two most-popular captains in each of the five Gameweeks during that period.

His shots in the box and goal conversion percentage have more than halved, while his minutes per shot have also dropped considerably.

Spurs' Double Gameweek 32 means many Fernandes owners are likely to give the armband to Harry Kane (£11.7m) or Son Heung-min (£9.4m) for their matches against Everton and Southampton.

And with a Gameweek 34 contest against Liverpool also to follow, Fernandes may no longer be the automatic choice for the captaincy.

Jesse Lingard (£6.4m) boasts the best form of any player in Fantasy, with 58 points in his last six appearances for West Ham United.

And Mohamed Salah (£12.5m) has a very kind run-in as he battles with Kane for the Golden Boot.