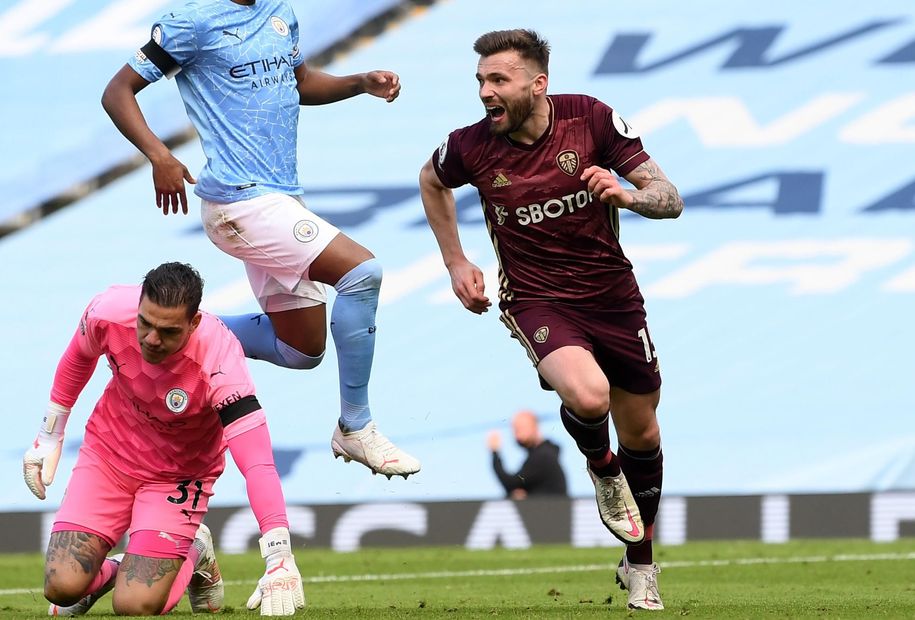 Two goals against Manchester City have helped Stuart Dallas (£5.1m) to the top of the Fantasy Premier League defender standings.

Dallas also collected the maximum three bonus points, earning his season-high haul of 17 points in the 2-1 win at the Etihad Stadium.

That took him above West Ham United's Aaron Cresswell (£5.9m) and Ruben Dias (£6.2m), the latter of whom was benched for only the second time since making his Man City debut in Gameweek 4.

Dallas continues to profit from his role in Leeds United's midfield. He has recorded three of his four double-figure hauls this term in that position.

SCOUT: Stuart Dallas (£5.1m) is the first #FPL defender to score seven goals in a season since Marcos Alonso in 2017/18#MCILEE pic.twitter.com/NzQPbtHPA6

But despite his high points potential, Saturday's trip to Man City had persuaded many of his 23.2 owners to omit him from their Fantasy line-ups.

Indeed, he was the most-benched outfield player in Gameweek 31, named as a substitute by more than one million managers.

Trent Alexander-Arnold (£7.4m) extended his improving run of returns with an 11-point haul in Liverpool’s 2-1 win over Aston Villa.

The right-back justified his place in the Scout Selection for Gameweek 31, scoring and earning three bonus points.

He has produced 32 points in the last three Gameweeks, combining a goal and an assist with two clean sheets and nine bonus.

Mohamed Salah (£12.5m) found the net for the third successive match in all competitions.

Named among the Gameweek 31 Kings to Watch, Salah is now level with Harry Kane (£11.7m) in the race for the Golden Boot, with 19 goals apiece.

Liverpool’s run-in hands Salah the chance to get more goals.

According to the Fixture Difficulty Ratings (FDR), five of their final seven matches score only two.

The striker's opener at Anfield means he has blanked only once in his last four matches.

Chelsea midfielders Christian Pulisic and Kai Havertz (both £8.2m) delivered their best hauls of the campaign against Crystal Palace.

Pulisic scored twice at Selhurst Park to claim 15 points in the 4-1 victory.

Three of the US international’s four goals for the season have come in the last two Gameweeks.

Havertz played as a “false 9" and produced 10 points against the Eagles thanks to a goal and an assist.

At the back for Chelsea, Kurt Zouma (£5.3m) continued his prolific campaign by scoring his fifth goal of 2020/21.

The centre-back’s average of 4.9 points per match this season is third among regular starting defenders.