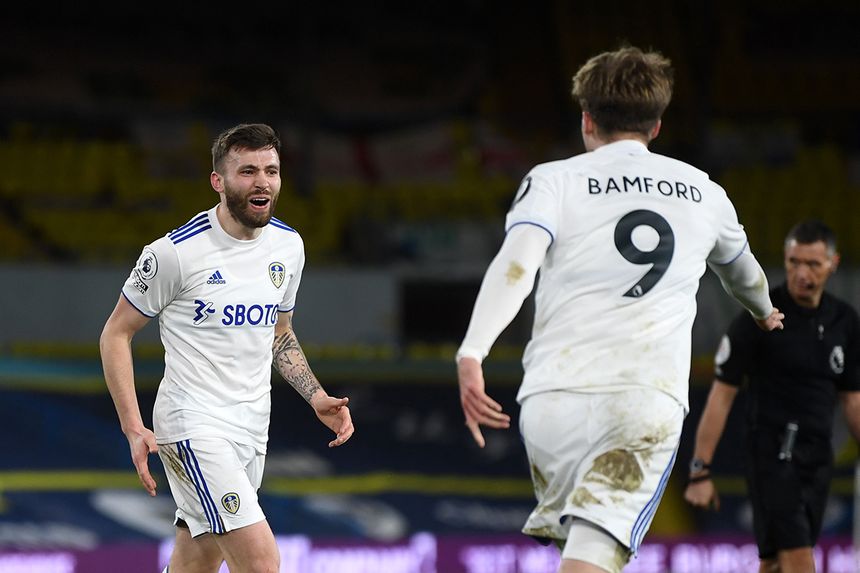 Stuart Dallas, Patrick Bamford and Raphinha all shine in second match of their Double Gameweek 25

Managers in Fantasy Premier League were rewarded for their faith in Leeds United’s key players in the final match of Gameweek 25.

Patrick Bamford (£6.9m), Raphinha (£5.4m), and Stuart Dallas (£5.0m) were among the four most-bought players in the Gameweek for their pair of fixtures against Wolverhampton Wanderers and Southampton.

After their 1-0 loss to Wolves on Friday, Marcelo Bielsa’s side returned to form with a 3-0 win over Southampton on Tuesday.

Raphinha scored a free-kick to claim an eight-point haul at Elland Road and extend his fine run of returns.

The winger has produced a goal or an assist in six of his last seven matches, totalling 50 points.

Bamford, meanwhile, was the most-captained player in Gameweek 25, handed the armband by more than 1.62 million managers.

His opening goal continued his strong recent form in home matches. He has blanked just once in his last seven at home.

But it was the versatile Dallas who emerged as the top performer in Gameweek 25.

The Northern Irishman was moved into midfield in the second half, following an injury to Mateusz Klich (£5.2m).

He combined his fifth goal of the season with a clean sheet and the maximum three bonus points to earn 15 points against Southampton.

Dallas has now climbed into second place among defenders in Fantasy on 111 points, nine behind Aaron Cresswell (£5.8m).