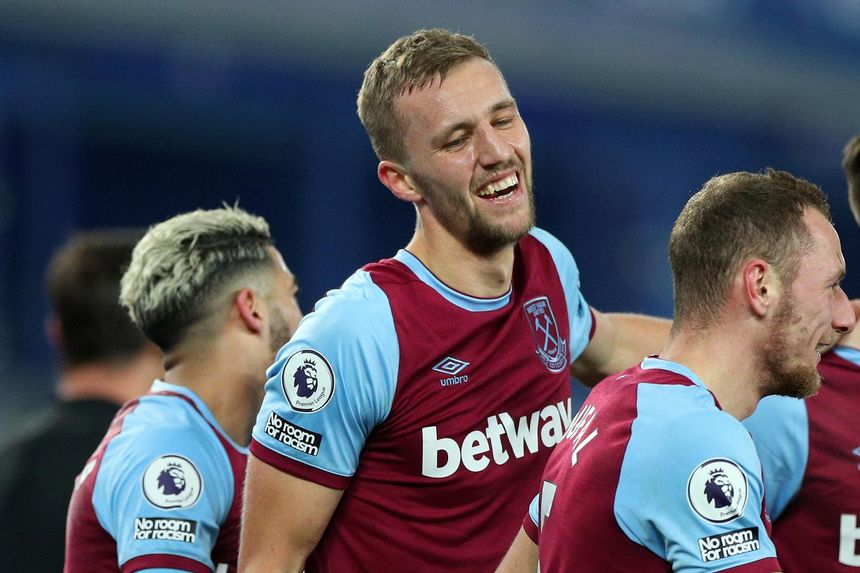 The West Ham United star has provided the best value among midfielders this season, returning 14.8 points per million spent.

Soucek has scored five goals and also produced an assist and 10 bonus points over his 17 appearances.

5️⃣ goals for @tomassoucek28 so far this season! Another big one last night 🙌 pic.twitter.com/HuEJ55inxr

As a result, his 77 points rank him 11th overall among midfielders in FPL.

That form has earned him more than 154,000 transfers in for Gameweek 18, even though West Ham do not play in that round of fixtures.

Arsenal's 19-year-old has been a key player in their run of three successive wins.

His eight shots and seven shots in the box were both joint-top for Arsenal in that period, highlighting his growing threat.

At a cost of only £5.3m, he is less than half the price of team-mate Pierre-Emerick Aubameyang (£11.3m) for home meetings with Crystal Palace and Newcastle United in Gameweeks 18 and 19 respectively.

Aston Villa’s Dutchman has been a standout source of value recently, scoring all five of his goals for the season season over the last six Gameweeks.

The underlying numbers show why El Ghazi has been so successful.

His totals of 27 shots and 16 shots on target are both better than any other player in Fantasy during that period.

By comparison, team-mate Jack Grealish (£7.7m), who is owned by 38.3 per cent of managers, has produced only three shots on target in that time.

Crucially, Villa are among only four sides who not only play in Gameweek 18 but also have a Double Gameweek 19.

Leeds United’s winger has stepped up his output with eight-point hauls against Manchester United and West Brom in the last four Gameweeks.

Raphinha has shown huge all-round Fantasy potential since his first start in Gameweek 9.

His 27 shots and 18 shots in the box from that point both rank among the top three midfielders in FPL.

Furthermore, his 20 chances created are the seventh-most for his position.

Although they have a Blank Gameweek 18, Leeds are set to embark on a very kind schedule. According to the Fixture Difficulty Ratings (FDR), only one of their next 10 matches scores more than three.

That includes home encounters with Brighton & Hove Albion and Southampton in Double Gameweek 19.