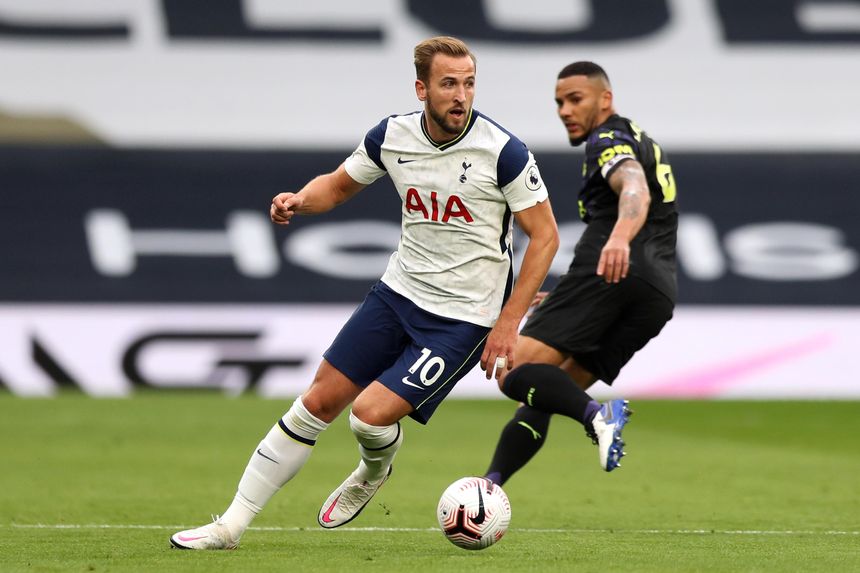 Sonny: “We are not perfect, but we’re working for perfection” External Link
Shearer: Kane has every skill a forward needs

The Tottenham Hotspur forward has 44 points, just one behind team-mate Son Heung-min (£9.0m).

Kane’s underlying numbers show why he has started the season so well.

His 19 shots and 10 shots on target in the first four Gameweeks are both league-leading totals.

His potential for assists has been also been a major factor.

Kane has created six big chances. Only Everton playmaker James Rodriguez (£7.8m), with four, has managed more than half that total.

As a result, Kane’s tally of six assists is just one fewer than his best-ever tally in an FPL campaign.

Over the next four Gameweeks, he looks set for more big returns.

The first name on my teamsheet every season is Kane. He has started this season with a bang. Spurs' fixture congestion looked to be an issue during pre-season but it has in fact boosted the fitness of their players. Kane and Son’s understanding has them both as the top points scorers for their positions and this will only improve once Gareth Bale (£9.5m) is available after the international break.

It's been a while since I've seen Kane look so sharp. In addition to finishing prowess, his passing has been world-class which means that when you rely on him for Fantasy points, you can also be rewarded due to his substantial assist threat.

Kane's last two seasons have been poor by his standards but this season he looks back to his best.

Jamie Vardy (£10.1m) is only one goal off the leaders in the race for the Golden Boot. All of his five goals have been away from home and he has two road trips in his next three fixtures, plus a home match against Aston Villa. He looks likely to continue his strong form.

I've been very impressed with how Spurs and Jose Mourinho have found a new dynamic to Kane's game. I'm excited to see what impact Bale will have in Fantasy when he's added to this already impressive attacking unit.

Kane has been a difficult pick for the last few seasons due to a high price and not enough reliability. But now he's added assists to his game and looks to have his sharpness back.

We can't expect Kane to repeat his hauls against Southampton's high line and 10-man Manchester United every week, but, on the other hand, he has potential to score more penalties than we've seen so far. I think he might live up to his price tag for the first time in a few seasons.

A new role suits Kane quite well for Spurs. Becoming a deep-lying forward has restored his eye for goal while also highlighting his playmaking.

Kane looks like the guy from a few years ago. Scoring lots of goals, on penalties and chief creator. Who knows how good Spurs will be when Bale is fit?

Kane has been the surprise package this season. He's top for shots and dominating the assists chart too. Fantasy points could come from anywhere!