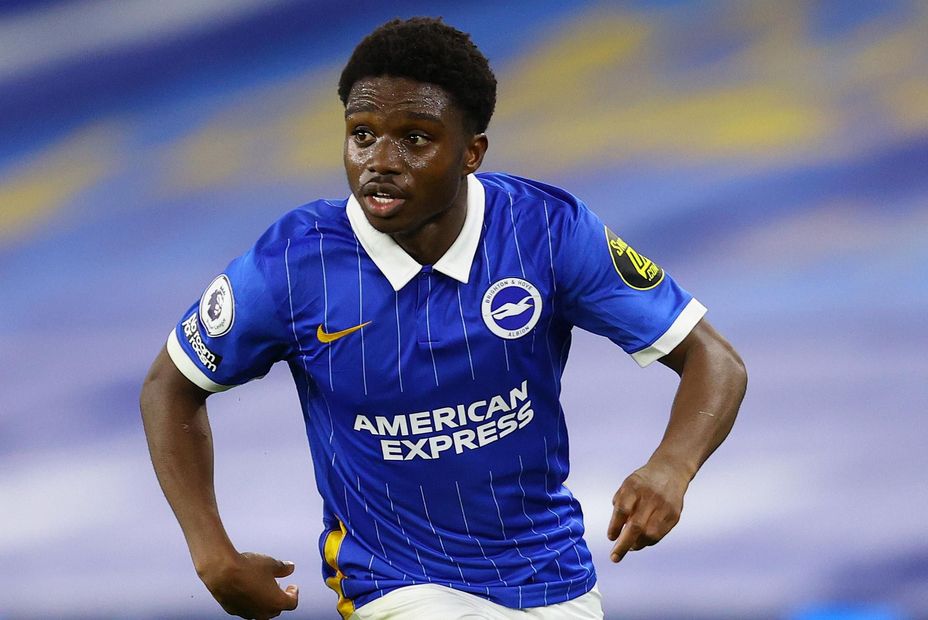 I want to do my parents proud, says Lamptey External Link

Three assists in the first four Gameweeks have highlighted the attacking potential of Tariq Lamptey (£4.7m).

With his budget-friendly price tag, he has caught the eye of many managers.

Lamptey is the third most-bought defender who costs less than £5.0m, attracting over 673,000 new owners since the start of the season.

Brighton look a new team this season and Lamptey has really caught my eye. He plays the right wing-back role and bombs forward in attack, so much so that he's been the most advanced player on some counter-attacks.

With new additions in defence like Ben White (£4.5m), you can expect returns at both ends of the pitch.

Since losing 5-2 to Tottenham Hotspur in Gameweek 2, Southampton’s defence have dramatically improved. I've been really impressed by Kyle Walker-Peters (£4.5m).

Saints look defensively solid and he also has some attacking threat, as we saw with the assist against his former club Spurs. With the exception of Gameweek 1, Walker-Peters has returned either attacking or defensive returns in all of his appearances.

No defender has created more chances than the 10 of Aaron Cresswell (£4.9m), and West Ham United have now kept back-to-back clean sheets against difficult opposition.

Their upcoming run includes matches against Spurs, Manchester City and Liverpool but, after that, he could be a shrewd pick, especially since he is now cheaper than his starting price.

We've seen a reaction from Southampton with back-to-back clean sheets. Walker-Peters has shown he has a little bit of attacking threat too and he provides good value in my team at £4.5m.

Lamptey hasn't shot to the top of the charts but has looked great and his attacking prowess has brought points. Clean sheets may be added across a kinder run of fixtures.

Lamptey has been the standout for me based on his price, production and the sense that it hasn't just been a run of good luck with his end product.

Lamptey looks like he could be great value this season. He is a key attacking outlet for Brighton, getting forward at every opportunity and winning two penalties already. I expect there will be clean sheets in some of the easier fixtures to come.

Lamptey looks an absolute steal in a team that has been steadied by White at centre-back. Clean sheets and attacking points are expected.

Cresswell has produced more successful crosses than any other player this season and already has two assists. Elsewhere, Ezri Konsa (£4.6m) looks to be a great route into a solid Aston Villa defence.

They are playing with confidence and he provides a goal threat from set-pieces.