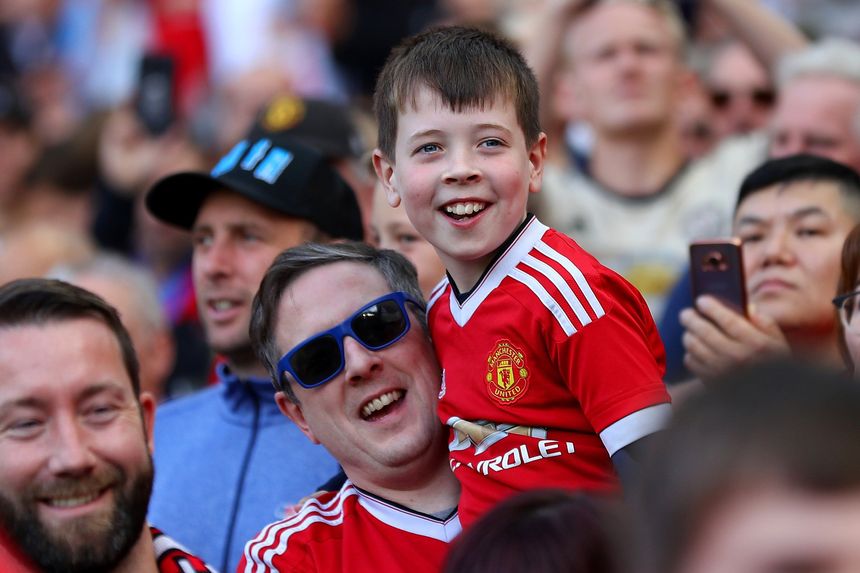 Clubs provide a range of offers to fans, especially the young, to encourage as many as possible to go to matches

The Premier League and its clubs are committed to ensuring that as many people as possible can attend League matches.

Last month, the League published comprehensive research into the price of tickets for the 2019/20 season. It found the following:

- £32 is the average price paid for a Premier League ticket
- more than half of supporters (53 per cent) continue to play £30 or less per match
- Junior season-ticket holders paying on average £7 a match to watch their favourite clubs
- Away ticket prices are capped at £30, with nearly a quarter bought for under the cap

The various ticket offers at Crystal Palace allow Joseph Stone, an Eagles fan for more than 30 years, to take three generations of his family to Selhurst Park.

"The junior ticket prices are really good value and we sit in a stand where there are lots of families who would all say the same," he told premierleague.com.

Away supporters have a special place in the life of the Premier League, helping to swell stadiums to 95 per cent occupancy for the last seven seasons.

In 2016, the away-ticket price cap was introduced and has been extended until the end of the 2021/22 campaign.

Some clubs have gone further in their offering for away supporters, with nearly a quarter of away tickets purchased priced below the cap.

"We have been conducting this study for four years and prices have remained consistent during that time, with many ticket prices frozen."