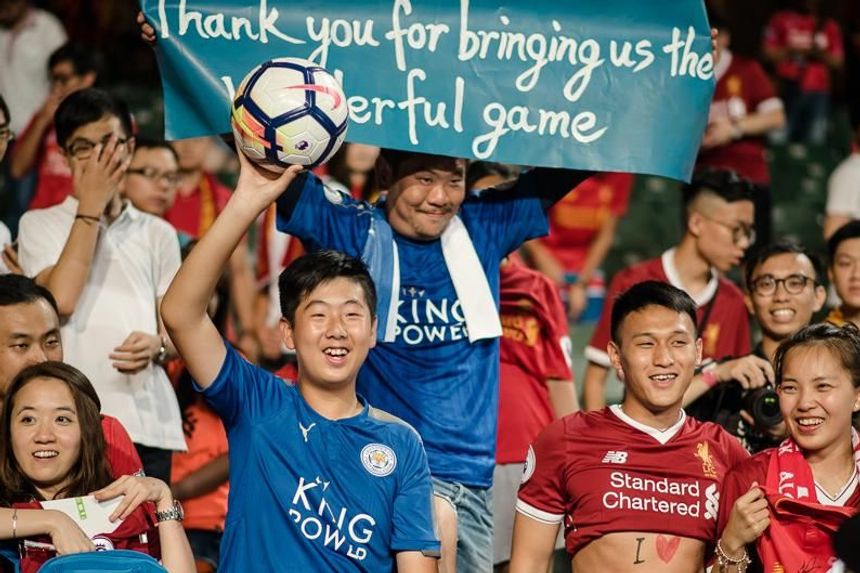 From Cape Town to Shanghai, Madrid to Miami, the Premier League has a significant impact on promoting the UK around the world.

As well as being the world's most watched and supported football league, with matches broadcast to 870million homes in 187 countries, the Premier League is also one of this country's most recognisable and admired institutions.

In 2018, Populus research into the impact of British organisations and brands across the world found that the Premier League was the most effective at giving people a positive feeling about the UK.

The British Icon Index II report found the Premier League was ahead of Rolls Royce, Jaguar Land Rover and the BBC as the country's most admired "icon".

Nearly 70 per cent of all the 20,000 respondents across 20 countries said the League made them feel positively about the UK. That figure rose to 87 per cent among Premier League followers.

"As the UK looks to the future, it can be confident that in the Premier League the country has a brand that can positively engage the leaders of tomorrow in the markets where UK plc must compete," said Rick Nye, from Populus.

"The League's global appeal, its ability to engage people en masse regardless of their background and its reach within developing economies with growing middle classes means it is Global Britain's best advertisement."

Numerous events and programmes are held throughout the year as part of the Premier League's commitment to fans across the globe.

Thousands of supporters in the United States have been able to enjoy special PL Mornings Live fan festivals in Washington DC, New York, Boston, Austin and Miami, run in partnership with NBC Sports.

There have also been nine Premier League Asia Trophy pre-season tournaments, the last one taking place in China last summer.

As well as giving fans the chance to see their Premier League heroes in action in the flesh, the tournament also involves a wide variety of football development initiatives including coach education, referee training and a youth competition.

The League's global "soft power" is also built through working with foreign leagues and clubs such as the Asian Football Confederation, the Chinese Super League and the Indian Super League to share best practices and help grow football in these regions.