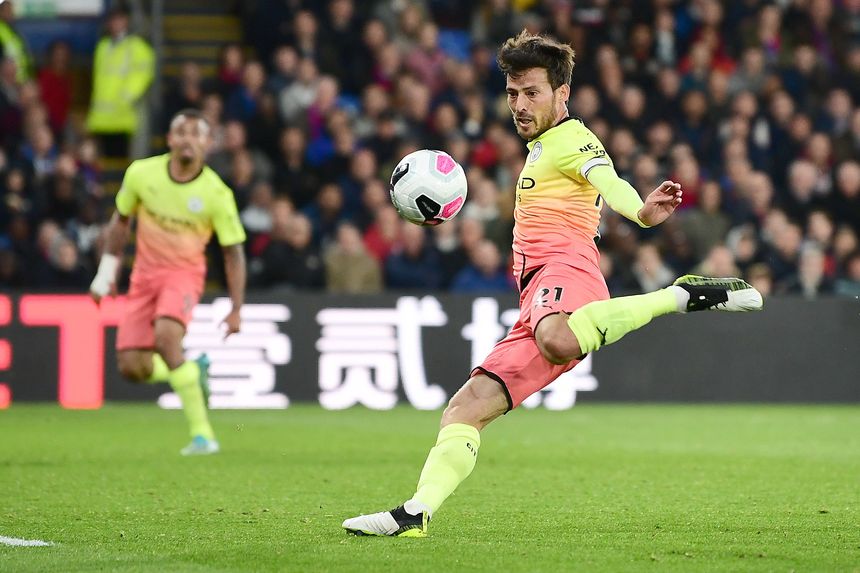 Owned by just 10.2 per cent of FPL squads, the Manchester City midfielder produced 11 points in their 2-0 win at Crystal Palace.

Silva is among the top 10 highest-scoring players in the game, his 51 points just two behind team-mate Raheem Sterling (£12.1m).

The Spaniard’s display reflected a day where differentials were the big performers for FPL managers.

Indeed, 13 of the 14 players who scored nine points sit in fewer than 5.0 per cent of squads.

Marcos Alonso (£6.2m) was the top-scoring player over Saturday’s eight matches, with 14 points.

The defender, who was referenced as one of The Scout's four differentials, scored the decisive goal in Chelsea’s 1-0 home win over Newcastle United.

Alonso has delivered an attacking return or a clean sheet in four of his last five appearances.

However, the imminent return of Emerson (£5.5m) will soon provide the Spaniard with competition for a starting role.

Defenders on a high

Daryl Janmaat (£4.3m) banked a clean sheet to go with his assist in Watford's 1-1 draw at Tottenham Hotspur.

The Dutchman was substituted with a knock before Spurs' late equaliser.

The left-back's team-mate Jack Grealish (£5.9m) was the top-scoring midfielder on Saturday.

He produced a goal and an assist to collect 13 points.

Grealish has stepped up his output recently, recording 28 of his 42 points for the season in the last four Gameweeks.

Bernard (£6.5m) and Harvey Barnes (£5.9m) were the two other midfielders to break the 10-point barrier on Saturday. Both are owned by fewer than 1.0 per cent of Fantasy managers.

Vardy has five goals and an assist in his last four at King Power Stadium.

Ings lives up to mark

Danny Ings (£5.9m), another of The Scout's GW9 differentials, also continued his recent scoring run with a goal in Southampton’s trip to Wolverhampton Wanderers.

The Saints striker has found the net in three successive Gameweeks, totalling 25 points in that period.