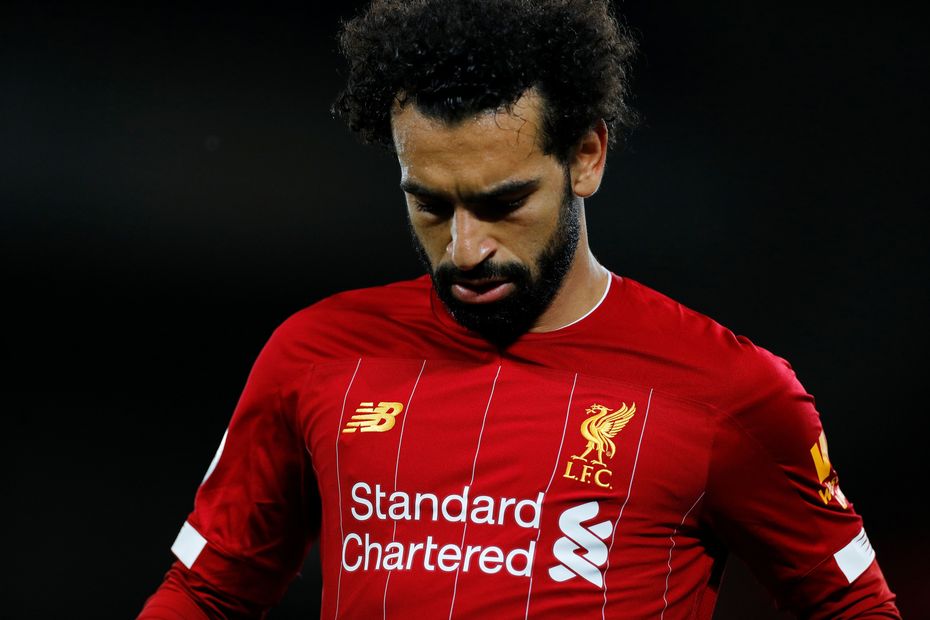 The popularity of Mohamed Salah (£12.4m) continues to decline in Fantasy Premier League after he missed Gameweek 9 due to injury.

Having sustained a knock against Leicester City in Gameweek 8, the Liverpool winger was subject to huge sales over the international break.

Salah was the most-sold player in Gameweek 9, moved on by 615,000+ managers ahead of a trip to Manchester United.

He has earned a further 42,000 transfers out after failing to recover for the 1-1 draw at Old Trafford.

However, manager Jurgen Klopp has confirmed the midfielder has a chance of returning for Wednesday's UEFA Champions League match against Genk.

Salah’s recent form has caused frustration, with only one goal and two assists in his last five Premier League appearances.

Yet his statistics fare well when compared with 2018/19, when he was the top-scoring player in FPL for the second successive season.

Salah’s average of 6.9 points per match is slightly better than his 6.8 from the previous campaign.

Meanwhile, his shots inside the box and big chances per match have also both marginally improved.

If he recovers in time for Sunday's match with Tottenham Hotspur, Salah has the schedule to bring in big points hauls.

According to the Fixture Difficulty Ratings (FDR), five of Liverpool’s next eight opponents score only two.

For now, Salah’s 31.3 per cent ownership should hold and await further news from Klopp.

Should he miss out again this weekend, however, a move to team-mate Sadio Mane (£11.8m) could be on the cards for many managers.

Lee Bonfield (@FPLFamily): Without Salah running down the wing, Liverpool looked devoid of threat with Divock Origi (£5.3m) out of position and uncomfortable. Salah’s injury does not seem bad so unless you really need the money for upgrades elsewhere, I’d back the Egyptian to come straight back in and deliver against an out-of-sorts Spurs at Anfield. Keep.

Chuck Booth (@ChuckBoothSport) To Salah or not to Salah? We seem to ask this question every year but right now it does seem logical to transfer him out until at least Gameweek 13. With his price dropping and Mane's rising, you can very easily downgrade and upgrade again when Salah returns to form. Raheem Sterling (£12.1m) is also a viable premium midfielder as he has offered more than adequate cover next to Kevin De Bruyne (£10.1m). Sell.

Paul Gee (@FPLPaulGee): If you have Salah I'd definitely hold for now. The price gap between him and Mane has grown closer and is not worth the transfer now. In a few Gameweeks we are probably going to look to have both anyway. Keep.

Ben McNair (@drbenmcnair): I don't expect Salah will be captained by a lot of managers over the next few weeks, so his hefty price tag could perhaps be better spent elsewhere. But after Gameweek 12 when Liverpool face Manchester City it will be a different story due to the fixtures. Sell.

Holly Shand (@FFCommunity_): I made the move from Salah to Mane last week and got away with it, despite some trepidation. If you are losing Salah, though, it does contain risk and it’s probably best to stick with a Liverpool attacker of some description. Sell.

Sam Bonfield (@FPLFamily): The Salah v Mane debate never seems to go away. With only £0.6m between the two now it’s less about money and more about form and gut feeling. Liverpool’s nice run of fixtures looks like a great opportunity to double up and, unless the injury is more serious than it seems, I’ll be keeping Salah. Between GW11 and the Liverpool blank in GW18 he seems a great captain option. Keep.