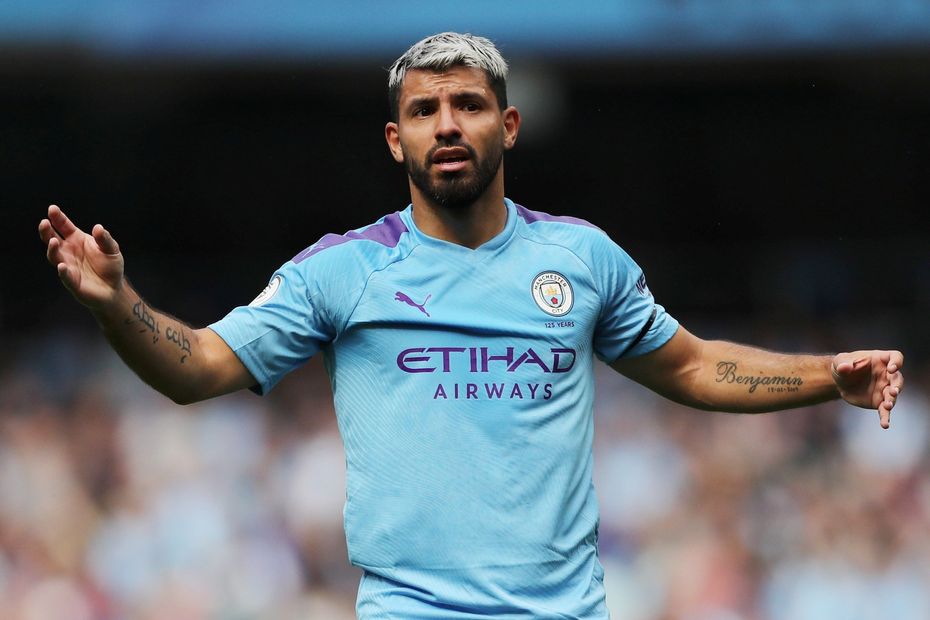 Patience could pay off for Fantasy Premier League managers who stick with Sergio Aguero (£12.2m).

It proved a costly weekend for over one million owners who captained Aguero for Manchester City's trip to Crystal Palace.

The Argentinian was the most-selected captain for Gameweek 9 but did not score a single point after he was an unused substitute in City's 2-0 win.

Aguero is the third most-popular forward in the game and sits in 29 per cent of squads.

The big question is whether his lack of minutes on the road should force other forward options to be considered.

Aguero has now been benched for three of Man City’s five away matches this season, with Gabriel Jesus (£9.5m) preferred as the lone striker.

However, a generous upcoming schedule could be good news for those who hold on to the striker.

Notably, Aguero has started all five of City's fixtures at the Etihad Stadium, playing 90 minutes in each of the previous four.

At home, his totals of 17 shots and 15 shots inside the box both rank among the top three players in FPL.

But with his place in the starting line-up no longer assured, owners must decide whether to keep Aguero for those favourable short-term fixtures or look elsewhere for a replacement.

Holly Shand (@FFCommunity_): If you are going to own anyone from the Man City attack, Kevin De Bruyne (£10.1m) is your best bet. Aguero’s days are numbered in Fantasy sides. It’s likely he will be rotated more often than Raheem Sterling (£12.1m). Sell.

Paul Gee (@FPLPaulGee): I'd look to move on Aguero simply because at that price point, you don't want him rotated. I would hold for the moment to see who starts the midweek UEFA Champions League match. Sell.

Sam Bonfield (@FPLFamily): It's a tough one. However, with the next two home fixtures it seems likely that, if Aguero plays, he’ll get attacking returns. The rotation threat worries me enough not to invest in him, though. Keep.

Lee Bonfield (@FPLFamily): With two lovely-looking home matches coming up, it feels a bit of an overreaction to transfer out the Argentinian. Pep rarely rotates Aguero for home matches, so despite the European fixtures in midweek, I’d see Aguero as an excellent captain option for Gameweek 10 and, indeed, Gameweek 11! Keep.

Chuck Booth (@ChuckBoothSport): It's not time to bin Aguero yet, with two tasty fixtures coming up. If he doesn't play 90 minutes in the Champions League this week, I have no issues with giving him the armband against Villa. If the rotation concerns you, Pierre-Emerick Aubameyang (£11.1m) seems a simple switch. Keep.

Ben McNair (@drbenmcnair): I'll continue to avoid Aguero for two reasons: first, the threat of rotation with the in-form Jesus; second, I prefer to spend big on midfielders, with plenty of good mid-priced forward options on offer. Sell.