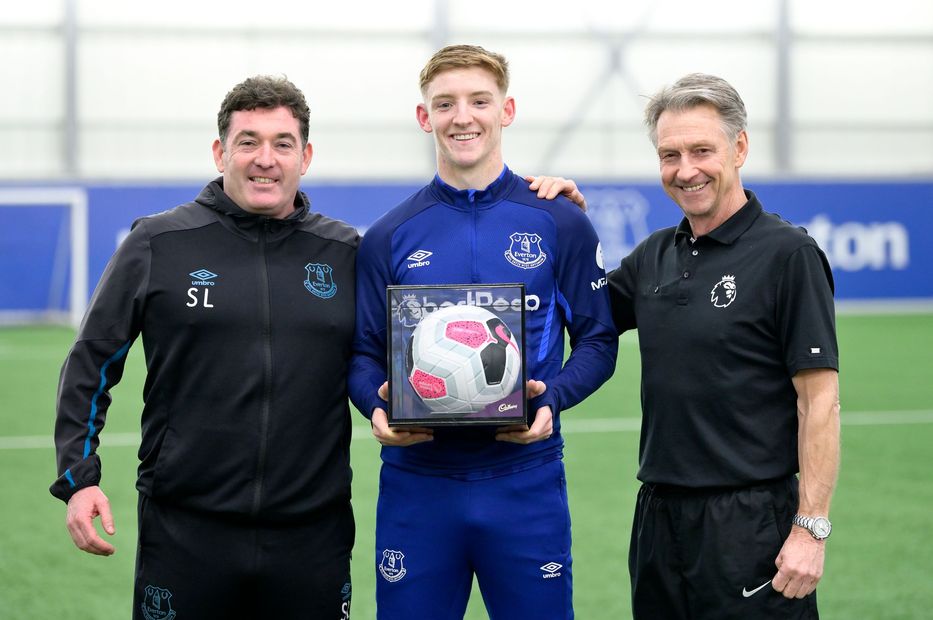 Aguero showed me quality I need, says Connolly
Ramsdale: I was too small and couldn't kick!
Mount: Chelsea debut thanks to work of Academy

The Premier League Debut Balls initiative was introduced in 2015/16 to celebrate the achievement of homegrown players making their first appearance in the competition.

With an official Nike match ball from the season of the player's debut housed in a personalised, engraved case, the Debut Ball is given to all homegrown debutants who have been developed at an Academy of a club in the English football pyramid for three years or more at the time of their first appearance, irrespective of age.

It also marks a player's journey to the top level, and the development and support given by their clubs, Academies, friends and family along the way.

It also highlights the Premier League's commitment to the development of more and better homegrown players through its Elite Player Performance Plan (EPPP).

"It's important we recognise players' hard work and their achievements to date and also importantly the Academy staff, the player's family and everyone who has helped him to get where he is," said the Premier League's Head of Youth, Neil Saunders.

**Tariq Lamptey has since moved to Brighton