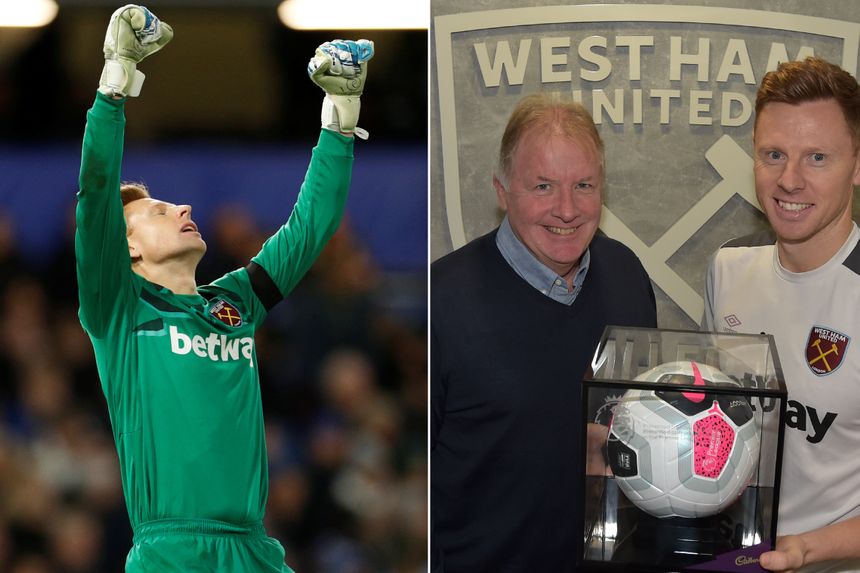 West Ham goalkeeper recalls emotional day he played his first Premier League match at the age of 33, starring in 1-0 win at Chelsea

David Martin's Premier League debut was a long time coming, but when it came, the 33-year-old West Ham United goalkeeper admits he has never been so nervous.

Martin had signed from Millwall in the summer, after spending most of his career with MK Dons. He was initially the third choice between the posts at West Ham.

But, after an injury to Lukasz Fabianski, he was given a chance to shine for the trip to Chelsea on 30 November, getting the nod ahead of Roberto Jimenez.

"I have never been that nervous, honestly," Martin told West Ham's official website after receiving his Premier League Debut Ball.

"I was looking at my food pre-match. I had Aaron Cresswell across the table and he was laughing at me because I couldn't eat it. I literally couldn't put it in my mouth!

"There is a picture of me coming in with a banana because I'm thinking, 'I've not eaten anything today so I need to have a banana or something.' I could only finish half the banana in the changing rooms."

A performance to remember 👏@dmartin_gk has been presented with the @premierleague Debut Ball to mark his first appearance for us against Chelsea. pic.twitter.com/COIBSDyNEu

Martin pulled off a number of saves as West Ham earned a famous 1-0 victory at Stamford Bridge, which has helped him keep his place in the team.

"As soon as that final whistle went, as soon as I saw [the referee] put that whistle into his mouth, it was just relief that I hadn't let anyone down," he said.

The occasion was made even more special by the attendance at the match of his dad, West Ham legend Alvin Martin. After full-time Martin Jr ran up to the media section at Stamford Bridge to give his dad an emotional hug.

"Do you know what, I was walking up the stairs and I could see him welling up already," Martin added.

"We just started crying. It's a good job we got to each other at the same time! There's a few pictures. It's a bit embarrassing but it's just something that I could never have planned."

Heather was academy director at Wimbledon when Martin came through the youth system.

"Anyone who coaches young players will tell you there is no better reward than seeing them play at first-team level, whatever division that may be," Heather said.

"To see him make his Premier League debut after all these years does give you an immense sense of pride that you have played a part in their journey."