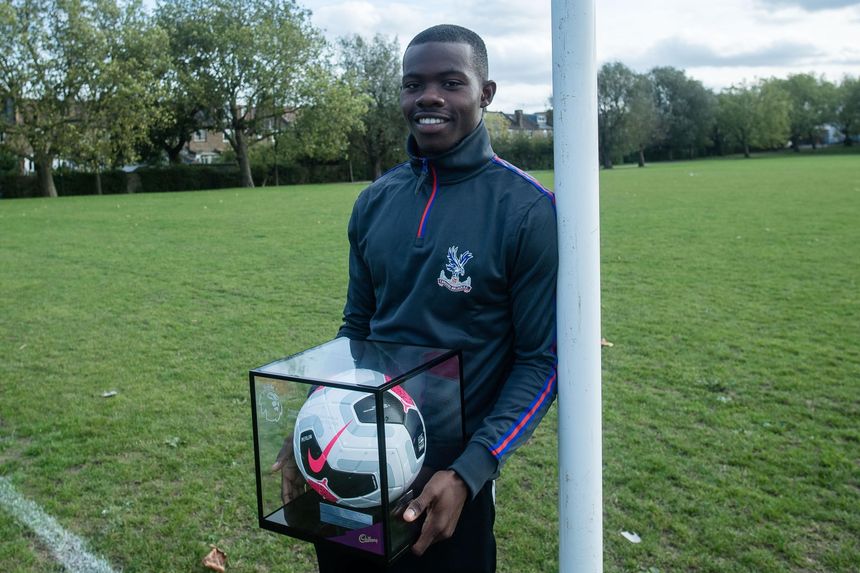 For Tyrick Mitchell, the journey to becoming a Premier League footballer has not been easy and the challenges he has faced mean he will not take his rapid rise for granted.

“It hasn’t fully sunk in, because I still feel like I’m in a situation where I’m still trying to prove myself every day," the Crystal Palace defender says. "Every game feels like a debut."

Growing up in north-west London, Mitchell's dad was mostly in prison, while his mum relied on benefits to help support the family.

“You appreciated the little things more,” Mitchell says in a video charting the 21-year-old's rise.

'The Making of Tyrick Mitchell'

Mitchell started playing at a local club, Pinner Albion, and had a trial with Watford’s Under-10s, but his inconsistent attendance became an issue.

With his potential in danger of being wasted, he was taken under the wing of Abdi Farah, an AFC Wembley coach who became his mentor and then his agent.

"He was a role model, especially in the area,” explains Mitchell. "He used to pick me up, bring me home. He was an important figure that helped me throughout football."

Just as Mitchell thought a door to becoming a professional had opened, signing as a scholar with Brentford, it was to shut again two months later when the club closed their academy.

But he joined Palace’s academy and caught the eye of manager Roy Hodgson, who invited Mitchell to a 2019 pre-season training camp after he had impressed in a friendly.

But Mitchell then suffered another blow as injury blighted his 2019/20 season. However, his Premier League debut finally arrived when he came off the bench at Leicester City on 4 July.

"You don’t even get to sit down and focus on the feeling [before coming off the bench], it just all hits you at one time," says Mitchell, who treasures his Premier League Debut Ball.

“It was a proud moment, realising I’d come through all the battles – the injuries, the battles of life, making a dream a reality."