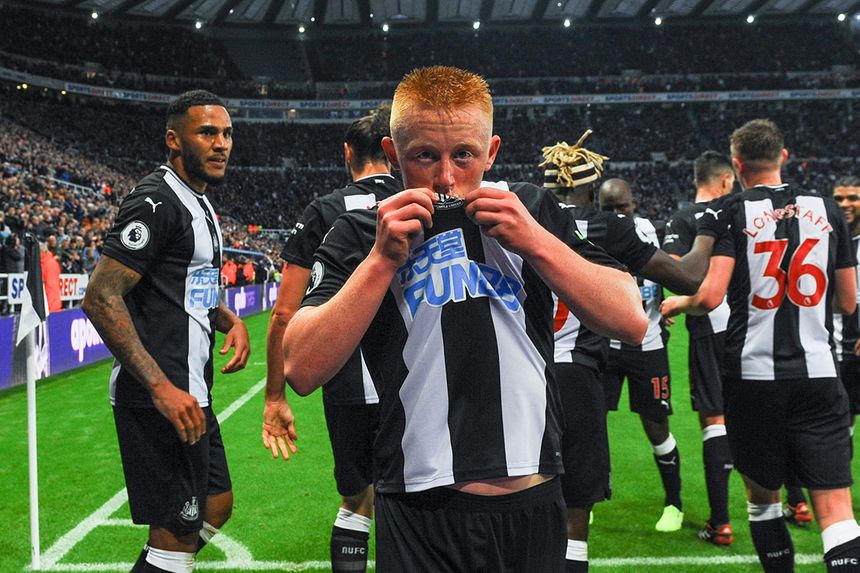 Longstaff nominated for Budweiser Goal of the Month External Link

This time last month Matty Longstaff's childhood dream came true in the most spectacular way possible, as he scored the winning goal against Manchester United on his Premier League debut for Newcastle United.

The 19-year-old started the match and netted from outside the penalty area to not only clinch a 1-0 victory at St James' Park but earn himself a Budweiser Goal of the Month nomination.

His maiden appearance was extra special as it came for his boyhood club alongside his brother, Sean Longstaff, who made his breakthrough at the top level one season earlier.

"Every kid's dream when they're growing up is to play in the Premier League and to score against the big clubs, and for it all to happen in one appearance is a bit surreal," Matty said after receiving his Premier League Debut Ball, which commemorates a first appearance in the competition for a homegrown player.

"It has sunk in a couple of weeks down the line. You go to Chelsea a week later and you have to get over it quickly because these are the best players in the world you're playing against, so if you're still thinking about the Man Utd game then you're probably going to struggle.

"To be honest, from hitting the ball I still can't remember much other than the celebrations, but it was more surreal than anything."

Matty and Sean grew up in North Shields, less than 10 miles away from St James' Park.

He watched Sean make his Premier League debut against Liverpool at Anfield last season, and the midfielder says their parents now have two mementos to treasure on the mantelpiece of their family home.

"His is up at my mum's house, next to our Man of the Match trophies," explains Matty.

"We both have a Man of the Match trophy, and now, we will have the Premier League Debut Balls next to each other.

"It will be great to have at home and probably a proud thing for my mum and dad when they walk in the house, to be able to see them and what we've achieved so far.

"I imagine I'll keep memorabilia over the years. I'm still young and new to everything so I'm not really thinking about keeping stuff or swapping shirts, I'm just trying to take everything as it comes.