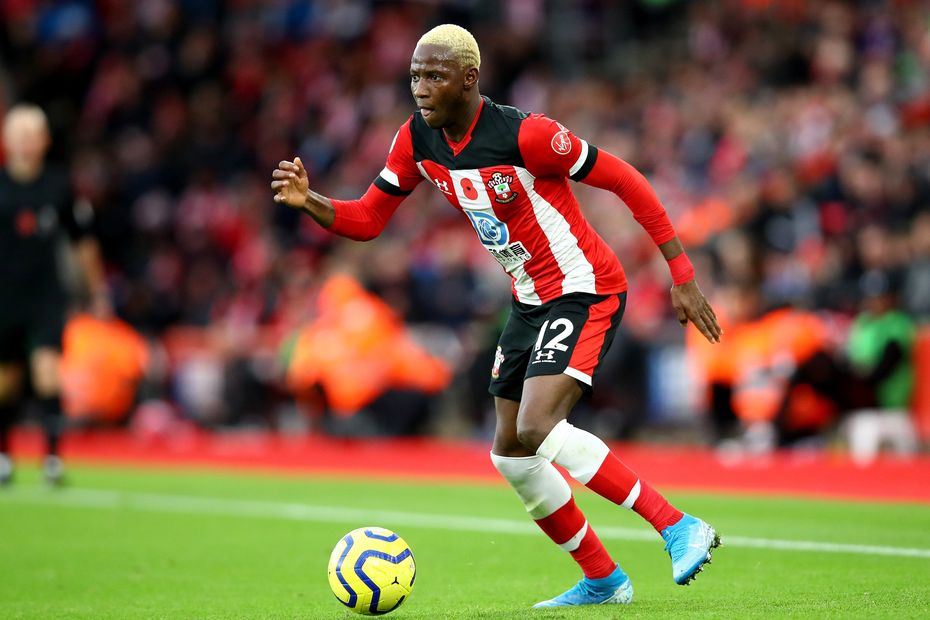 International schedule comes to a close for 2019 External Link

Adrian Clarke is looking at key tactical talking points ahead of Matchweek 13.

Wastefulness in front of goal has been a recurring issue for Southampton in recent seasons but summer signing Moussa Djenepo is doing his best to buck that trend.

From only two starts and 220 minutes of a stop-start debut Premier League season, the 21-year-old has scored two spectacular, match-winning goals.

The Mali international announced his arrival with a long-range drive into the top corner to open the scoring in a 2-0 victory at Brighton & Hove Albion.

And on 14 September he finished off a mesmeric solo dribble with a low shot to secure a 1-0 win at Sheffield United. That contribution earned him the Budweiser Goal of the Month award for September.

A muscular injury kept Djenepo out of action until early November, when he returned with a six-minute cameo as a substitute in the 2-1 defeat at Manchester City.

And after completing 90 minutes in the Matchweek 12 loss to Everton, and scoring against Chad during the international break, he should be fully fit and raring to go on Saturday when Saints travel to Arsenal.

Manager Ralph Hasenhuttl has missed the cutting edge of a player who has scored Saints' only two winning goals of the season to date.

Against Sheffield United, the Austrian initially experimented by using Djenepo as a left wing-back.

But after 30 minutes, it was clear the summer signing was struggling with his defensive positioning and had become a target for the Blades.

Once moved into a more familiar attacking midfield berth, the former Standard Liege man was a revelation.

Most of those runs were in dangerous areas around the penalty area and one of them produced the winner.

Arsenal will be wary of Djenepo's threat at Emirates Stadium on Saturday.

While the Gunners are unbeaten at home to Southampton in 24 league matches stretching back to 1987, Unai Emery's side have not won in the Premier League since Matchweek 8.

And seven of the eight points that Saints have won this season have come on the road.

So Arsenal will need their midfielders to get tight on Djenepo whenever he drives inside at speed, working hard to crowd him out.

Emery has a decision over whom to start at right-back. Hector Bellerin is back fit but has made only one start all season, so Djenepo could exploit any lack of match sharpness.

If the winger is given the room to isolate individuals one-v-one, he has shown he has the skill to transform a contest with a moment of brilliance.

Djenepo scored eight times in 24 starts in last season's Belgian Jupiler League, at a rate of one goal every 258 minutes.

It was a respectable return for the winger, who ended the campaign with a conversion rate of 17.4 per cent.

At Southampton, he has scored a goal every 110 minutes and has a 40 per cent shot-conversion rate.

That level will be impossible to maintain. But Djenepo's right foot looks like it can be a destructive weapon this season.

Hasenhuttl has plenty of options in forward areas.

Danny Ings has scored five times in 12 Premier League appearances this season, while Che Adams has at times looked lively despite still waiting for his first Saints goal.

Nathan Redmond has shown signs of emulating the form that won him the club's 2018/19 Player of the Season award and Hasenhuttl can also pick Shane Long up front.

But do not be surprised if Djenepo is deployed as a second striker in the coming weeks, playing just behind the centre-forward.

His speed, balance and trickery will frighten defenders in the centre of the pitch and his finishing looks excellent.

Djenepo appears to be the kind of maverick match-winner that Southampton have lacked since Sadio Mane left for Liverpool in 2016.