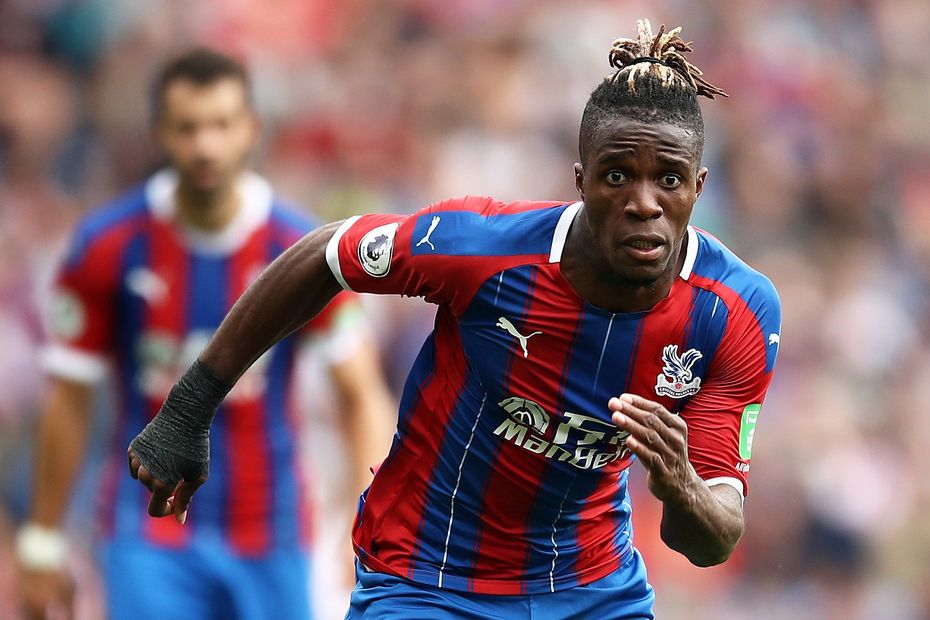 If Crystal Palace are to beat Liverpool and return to the top half of the table on Saturday, they must find a way to be more creative.

The Eagles have won at Manchester United and West Ham United, as well as drawing at Arsenal, but across their first 12 matches they have scored only 10 goals.

That is the second-lowest return in the Premier League.

Notably they boast the eighth-best defensive record, having conceded only 16 goals, but the downside to their approach is that they do not apply enough pressure inside the final third.

To win this weekend against a team averaging almost two goals per away match, the balance between defence and attack may have to shift.

Last season Roy Hodgson used a front two in 21 of 38 Premier League matches but 4-5-1 has been the primary formation this term.

Lone striker Jordan Ayew has performed well, scoring four times, but he is not a natural link player and is often isolated.

Without a dominant focal point, or twin strikers to occupy defenders, the Eagles have struggled to pin opponents back for prolonged periods.

Partnering the Ghanaian with Wilfried Zaha or target man Christian Benteke are options that will surely come under consideration.

Benteke has started only twice this season but offers a physical presence that Palace have missed, as well as a major aerial threat.

And while Zaha has produced some important work for the team, he has not done enough damage around the penalty box this season and has yet to score.

Palace need to get their star player on the ball higher up the pitch. It will frighten defenders and in a team lacking creators it makes sense to use the Ivorian closer to Ayew.

Apart from Zaha and box-to-box midfielder James McArthur, Crystal Palace do not have a great deal of inventiveness.

The Eagles have lost their last five home meetings with Liverpool in all competitions and head into Matchweek 13 with only two wins from six matches at Selhurst Park this season.

Making the aforementioned tweaks against Liverpool would be bold but it may work wonders.

Hodgson's emphasis on discipline and team shape will be important, with Gary Cahill and Luka Milivojevic key defensive figures.

But to take points from the leaders, Palace will need to strike the right balance between being sensible and showing adventure.

If they can find the right mix against the Reds, and in the months to come, they have the potential to finish in the top half for the first time since 2014/15.

Part 2: Djenepo can be heir to Mane for Southampton
Part 3: Mourinho must solve pressing issue for fast Spurs start
Part 4: Angelino a two-way target for Man City and Chelsea
Part 5: Martial can make the difference at Sheff Utd