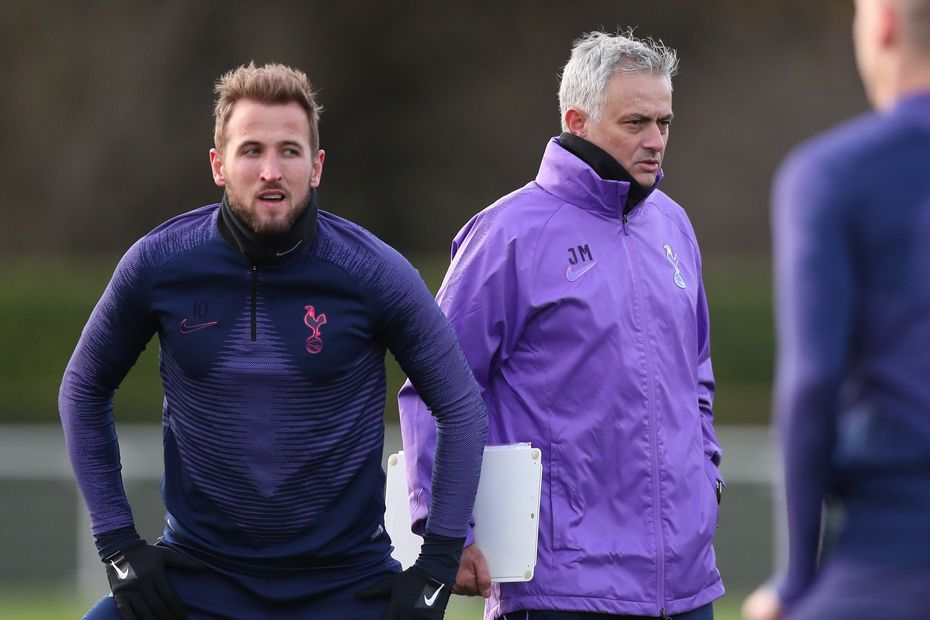 One of Jose Mourinho's first tasks as Tottenham Hotspur's new head coach will be to inject more energy into the team.

Performances have lacked dynamism this season and the drop-off has been damaging at both ends of the pitch.

Spurs have also lacked a cutting edge in the opposition half and off the ball they have not been resilient.

So ahead of his first match in charge at West Ham United on Saturday, Mourinho has plenty to work on.

Harder to play against

At their best, Mauricio Pochettino's Spurs side were ferocious pressers, winning the ball back at a relentless pace.

During the course of 2019 that high-tempo style has diminished.

As a result opponents have gained more of a foothold in matches, forcing Spurs to absorb extra pressure.

Cracks have started to open up in defence, to the extent that only Norwich City have faced more shots on target in the Premier League this season than Spurs.

Mourinho is not a coach noted for his high press. Instead, he prefers his teams to squeeze space from a lower block in the middle third.

On Saturday you can expect Spurs' players to keep a solid shape before trying to crowd out the Hammers once they cross the halfway line.

It will be a surprise if they do not close down their hosts with greater hostility than they have done so far this term.

Winning fewer turnovers has affected Spurs' ability to breach defences. In the last two-and-a-half seasons there has been a noticeable slump in this regard.

The north Londoners have spent too much time playing in front of the opposition, failing to stretch rival teams and creating fewer goalscoring opportunities.

Mourinho will be looking to develop a more forceful way of attacking.

Mourinho's teams have always been strong in transition, so look out for them driving forward with greater purpose when possession changes hands.

What shape for Spurs?

Spurs have started in six different formations this season, with 4-2-3-1 their most-used shape, selected on six occasions.

Similarly, Mourinho has used a variety of systems during his long and illustrious career but in his last two Premier League posts his preference has been for 4-2-3-1.

The 56-year-old is not afraid to experiment with a back three but it would be a surprise if he begins this regime with that shape.

Team selection will be interesting this weekend and Spurs' style of play will be under the microscope.

Pochettino's philosophy was slightly more attack-minded than that of his successor.

But both head coaches have been at their best when motivating their teams to perform with drive and controlled aggression.

In a tactical sense don't expect an immediate or dramatic overhaul.

But Mourinho's priority at his new club will be to find that lost spark and revive Spurs' strong-willed approach.

Part 1: Palace adventure against Liverpool can work wonders
Part 2: Djenepo can be heir to Mane for Southampton
Part 4: Angelino a two-way target for Man City and Chelsea
Part 5: Martial can make the difference at Sheff Utd