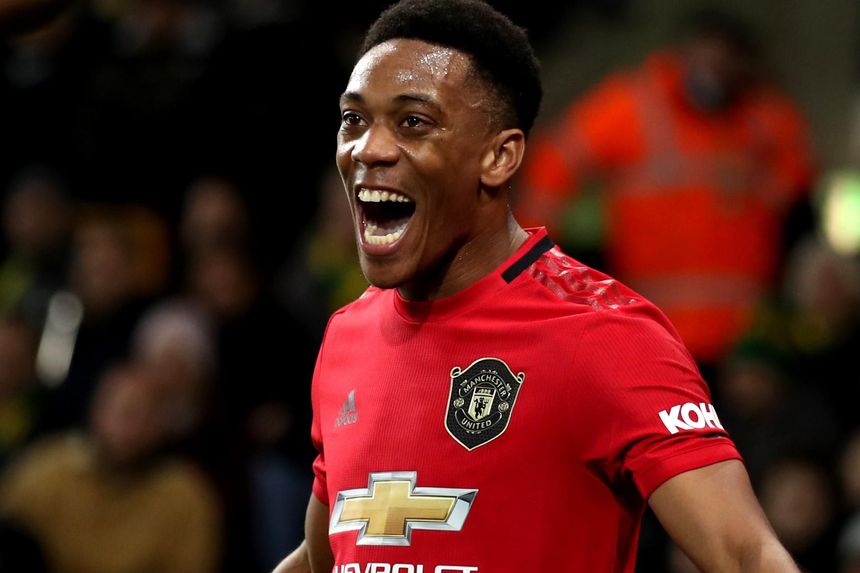 Why Solskjaer has full-backs on his mind External Link

Manchester United are a more incisive team when Anthony Martial is leading the line.

The Frenchman is sharp with his movement, can hold the ball up and offers pace in behind.

He will be vital to Ole Gunnar Solskjaer's game plan at Sheffield United on Sunday.

With Martial down the middle and the dynamic Daniel James and Marcus Rashford playing either side, Man Utd's forward line packs greater punch and penetration.

On counter-attacks they have the potential to be lethal.

United have improved significantly since Martial returned from injury.

He has started the last three matches during which the Red Devils have averaged 19 shots and 8.7 shots on target per 90 minutes.

In the previous nine outings, they had produced 13 shots each match, with 3.9 hitting the target.

He is not yet a prolific goalscorer, but the 23-year-old's mobility helps the side enormously.

Capable of dropping short to play in runners such as Rashford or James, or making those sprints down the channels himself, Martial is a constant threat.

He adds another dimension to United's play.

It is telling that when he starts they have scored 12 goals in six matches. In the six matches without him that figure drops to just four.

Scoring nine goals in his last 10 appearances in all competitions, Rashford is another potential game-changer this weekend.

Playing on the left wing instead of a more central striking role, he looks happy, powerful and brimming with confidence.

The 22-year-old is likely to affect the number of forward runs Blades right wing-back George Baldock chooses to make at Bramall Lane.

Blades' right-sided central defender Chris Basham must also be careful not to leave any space to exploit.

Any lapses in concentration or positional mistakes from Baldock or Basham could be punished.

With just nine goals conceded, they boast the second-best record in the Premier League, behind only Leicester City.

Yet in central defence they do lack pace.

So do not be surprised if Chris Wilder sets his team up in a slightly lower block than usual, sacrificing a bit of possession.

The Blades manager made this tweak at home to Arsenal in the second half of their 1-0 victory, having seen his side carved open by several fast breaks earlier in the match.

Slowing down Man Utd's fast forward line will be of paramount importance to Wilder.

As Dean Henderson is ineligible to face his parent club, Simon Moore is in line to make his Premier League debut in goal, so we may see a more pragmatic performance.

Leaving empty space for Rashford, Martial and James to run into will the first thing the Sheff Utd defenders will look to stop.