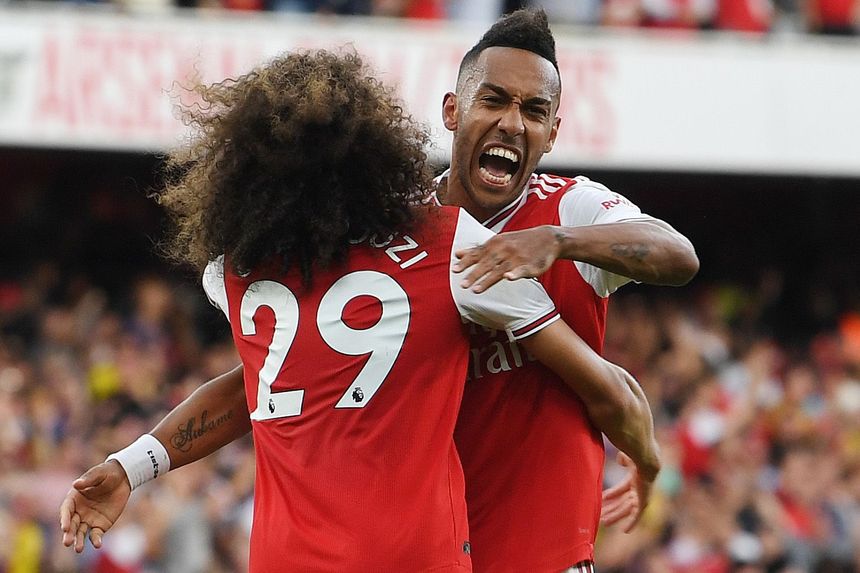 🏆 Auba is our August Player of the Month External Link
ICT Analysis: Firmino off to a flyer
FPL reflections: Barnes can extend goal spree

With the international break giving us time to reflect on the start of the season, The Scout consults the panel of experts to highlight the best budget and premium picks for Gameweek 5 and beyond.

If you want to enjoy a successful Gameweek, picking the right premium forward can make all the difference.

Typically among the most reliable players when it comes to selecting the captaincy, they can offer both goals and big FPL points hauls.

The Arsenal frontman has three goals and also supplied an assist over the opening fixtures.

Along with Sergio Aguero (£12.1m) and Callum Wilson (£7.8m), he is one of only three strikers to produce attacking returns in each of the first four Gameweeks.

According to the Fixture Difficulty Ratings (FDR), just one of the Gunners' next 14 opponents score more than three.

Ben McNair (@drbenmcnair): Among premium forwards, Aubameyang is the best choice. He has taken nine shots in the box and created four chances in some tough opening fixtures. With a kind schedule to come, he is likely to notch some big scores.

Tom (@WGTA_FPL): I'd not spend money on a premium forward, but Aubameyang's run of fixtures may sway me, provided he plays down the middle.

Lee Bonfield (@FPL Family): Of Arsenal’s two forwards, I would lean slightly to Aubameyang as he looks equally dangerous through the middle or from the left. Although he was joint Golden Boot winner last season he also missed the most big chances, with 23. If he can become more clinical, and with the added quality of Nicolas Pepe (£9.4m) and Dani Ceballos (£5.7m), he is one to watch.

Holly Shand (@FFCommunity_): This is a bracket I’m avoiding, but Roberto Firmino (£9.5m) could be a bargain.

Ash (@FPLHints): Stats don't lie - Aguero is the king of the premium forwards based on pedigree and recent form. The only problem is struggling to fit him in if you already have a loaded midfield.

Paul Gee (@FPLPaulGee): Aguero is hard to ignore, with the only question mark regarding his minutes once the UEFA Champions League starts and Gabriel Jesus’ (£9.5m) returns from injury.

Josh Landon (@hailcheaters): The beautiful thing about Jamie Vardy (£8.9m) is that his pace and courage make him effectively fixture-proof. He can score against anybody, anywhere. He looks a great alternative to Harry Kane (£11.0m) or a cheaper way to get strong returns if you can't quite find the money for Aguero.

Sam Bonfield (@FPLFamily): Pep Guardiola’s comments on Jesus, wanting to play him more this season, makes me worry Aguero’s minutes may be more limited than Aubameyang's and Kane's. I’m on Kane and will continue to be. With three goals in four games he has started strongly and Kane’s history in September is also very promising.

Neal Thurman (@nealjthurman): Firmino just seems to get lost in the shuffle. He has yielded 27 points over four matches, beating Kane and Aubameyang while costing £1.5m less. Go with Firmino and move a solid defender to a premium choice.