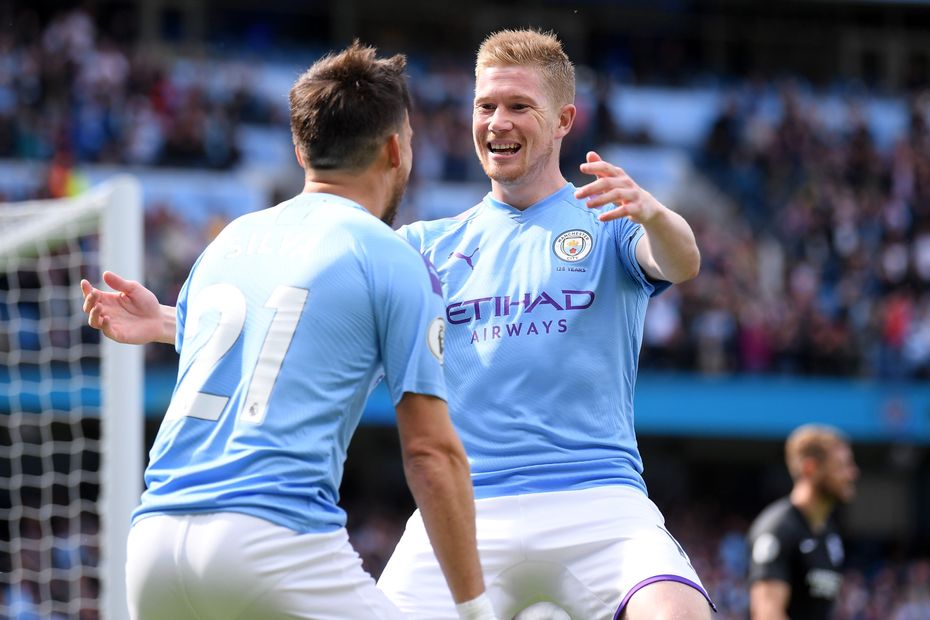 The Manchester City playmaker has played a part in six goals, scoring once and supplying five assists.

That total has already surpassed his output from last term, when De Bruyne provided two goals and three assists for the champions.

His early-season displays have already caught the eye of FPL managers.

De Bruyne has been transferred into more than 1.1million squads, rising £0.3m since the start of the season and impressing the experts in the premium-price range.

Holly Shand (@FFCommunity_): I've got my Wildcard active so I can bring De Bruyne in to sit alongside Raheem Sterling (£12.3m) in a Man City midfield double-up. He looks to be back to his best and could get 200 points this season.

Paul Gee (@FPLPaulGee): De Bruyne is looking near-essential, producing assists and goals regularly. With his kind upcoming fixtures, it's hard to go without.

Josh Landon (@hailcheaters): With a great run of fixtures ahead and back-to-back double digit returns, David Silva (£7.5m) is amazing value. At that price you can handle a little rotation risk.

Sam Bonfield (@FPLFamily): Some nice differentials in this price point. The return of Son Heung-min's (£9.5m) from suspension coincides with a turn in fixtures for Tottenham Hotspur. With an ownership of just 2.6 per cent, he looks a fantastic pick.

Lee Bonfield (@FPLFamily): Are we overlooking the red side of Manchester? After missing out through injury in GW4 we seem to have forgotten Anthony Martial (£7.7m). Playing up front for a top-six side, the FPL midfielder already has two goals and an assist from three starts.

Ben Crabtree (@FC_CrabDogg): I like the look of Nicolas Pepe (£9.4m). His ability to create a yard for a shot and his pace to get in behind make him well suited for Arsenal's upcoming fixtures.

Neal Thurman (@nealjthurman): Lost in the hype around De Bruyne, Sterling, Mohamed Salah (£12.5m) and Sadio Mane (£11.5m) in midfield is the fact that David Silva is playing and producing at £7.5m.

Ben McNair (@drbenmcnair): In pre-season we highlighted Salah and Sterling as top picks, given they were the top two FPL scorers over the past two campaigns. This season they've carried on and both sit in the top five. Statistical models are showing that if they maintain their current shooting and key passes, they will yet again be the top two point scorers.