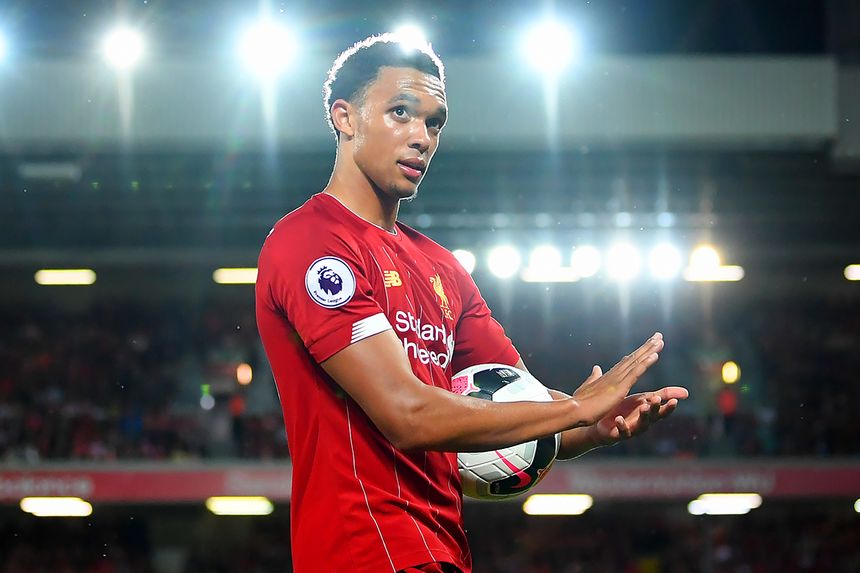 When it comes to creating chances, the Liverpool right-back has been peerless among defenders in the first four Gameweeks.

Alexander-Arnold has supplied his team-mates with 14 goalscoring opportunities, double that of any other defensive rival aside from Lucas Digne (£6.1m).

A big chance created is regarded as a situation where the player receiving the pass is expected to score.

That has helped him earn an assist in three of the opening four Gameweeks.

Indeed, despite managing only one clean sheet, Alexander-Arnold lies just two points off the top of the FPL defenders’ standings.

Both Alexander-Arnold and Mohamed Salah (£12.5m) have taken 14 of Liverpool’s 30 corners this season.

Jurgen Klopp’s side were a major success at such situations in 2018/19. They scored 22 goals from set-pieces, at least six more than any other side.

Compared with his start to the previous campaign, Alexander-Arnold has been highly impressive.

He created only two chances in the first four Gameweeks of 2018/19.

Yet he still went on to produce 13 FPL assists and average 6.4 points per match, more than any other defender.

His opening displays point to more success, raising Alexander-Arnold's appeal as the go-to defender in 2019/20 FPL.