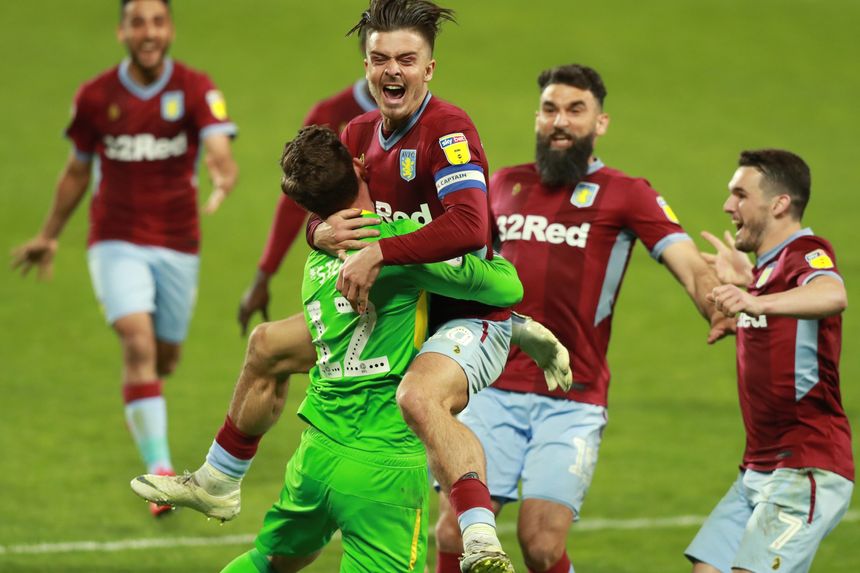 After winning a hard-fought playoff final against Derby County, he achieved both objectives.

Smith knew the importance of finding the right system to maximise the impact of his midfield playmaker and captain Jack Grealish.

After one or two early experiments he settled on a 4-1-4-1 formation, handing Grealish the freedom to roam.

Villa's other midfielders rotate positions effectively and this is an area where they have real strength, while the wingers operate as wide forwards.

This will suit new signing Jota, who played for Smith at Brentford. He is a right-sided forward who likes to take on opponents in the final third.

Villa like to use the full width of the pitch, with the full-backs providing plenty of crosses as well as the wingers, although pushing them forward can leave the team vulnerable to counter-attacks.

Conor Hourihane provided eight assists last season, while Grealish and John McGinn chipped in with three and two respectively, as the trio supplied quality balls into the box.

Villa's Premier League opponents must be wary of conceding corners and free-kicks.

* If viewing on hand-held device rotate to view full table.

Smith may have guided Villa to a memorable promotion but a possible rebuild this summer is key.

Villa have already moved to sign Anwar El Ghazi on a permanent deal. The winger scored six goals on loan last season, including one in the playoff final win over Derby County.

The quartet brought pace, skill and athleticism to the squad. If he does not sign them on a permanent basis, Smith will need to replace them adequately.

Tactically, the excellent three-man midfield should be Villa's strong point.

But to further develop the quick passing style that is at the heart of his coaching, Smith will also look to add young players with confidence and quality on the ball.