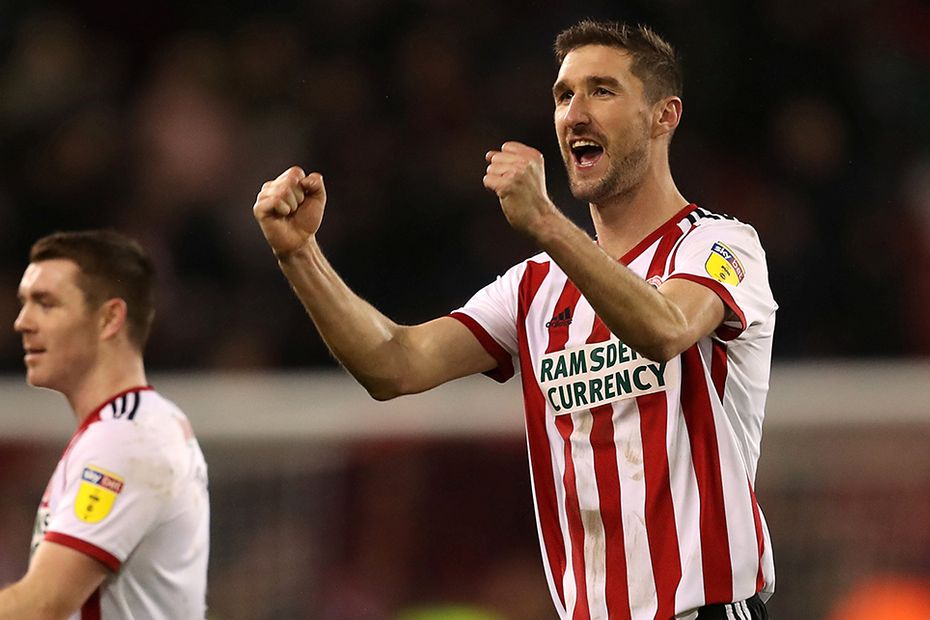 The Blades earned promotion from the Championship with a squad only featuring players from England, Scotland, Wales and the Republic of Ireland.

Unusually, not one of the 26 players used by manager Chris Wilder was from overseas.

United are industrious, physically strong, well-organised and powerful in the air.

Yet there is so much more to Wilder’s side than that.

In possession they have developed a sophisticated style of play that regularly bamboozles opponents.

While that is not unusual, Wilder's use of his central defenders to boost attacking play is fairly unique.

Midfield playmaker Oliver Norwood drops deep to collect passes from the back, enabling the wing-backs to push on and take up really advanced positions down the flanks.

Defenders on the charge

Once the ball is transferred towards the wings, O’Connell and Basham regularly fly forward on bold overlaps.

Wilder’s men stretched their rivals in possession, with no other team in the division having a higher percentage of attacks from wide areas.

Most attacks down the wings

The Blades are not blessed with many players capable of moments of spontaneous brilliance.

But their efficiency in advanced areas, in terms of converting chances into goals, meant they scored an impressive 78 goals.

Aided by top scorer Billy Sharp, one of the Football League's most clinical strikers, United spurned fewer opportunities than most.

Although 13 Championship teams averaged more than their 12.6 shots per 90 minutes, Wilder’s men produced precise finishes from open play and set-pieces, with 18 goals coming from set-plays.

This is a quality they must maintain in the Premier League, where chances are likely to be less frequent.

Defensively, the Blades leaked just 29 goals from open play in 2018/19, a tally only bettered by Middlesbrough, with 26.

That is a testament to the discipline and organisation instilled by Wilder.

Without the ball his side adopts a 5-4-1 formation of sorts and can be very difficult to break down.

Marshalled by John Egan at the heart of their defence, goalkeeper Dean Henderson was well-protected, facing the second-fewest shots on target last term.

That number is likely to rise at the top level but if those longstanding resilient virtues are maintained, there should still be plenty of clean sheets in 2019/20.

Wilder has done staggeringly well to steer the Blades to the Premier League on a limited budget, and his philosophy has worked superbly.

United require more experience, attacking firepower and pace to compete with the best sides in the country.

But providing his team stays true to the principles that have served them so well, I fancy the Blades to assert themselves in many of their matches this season.