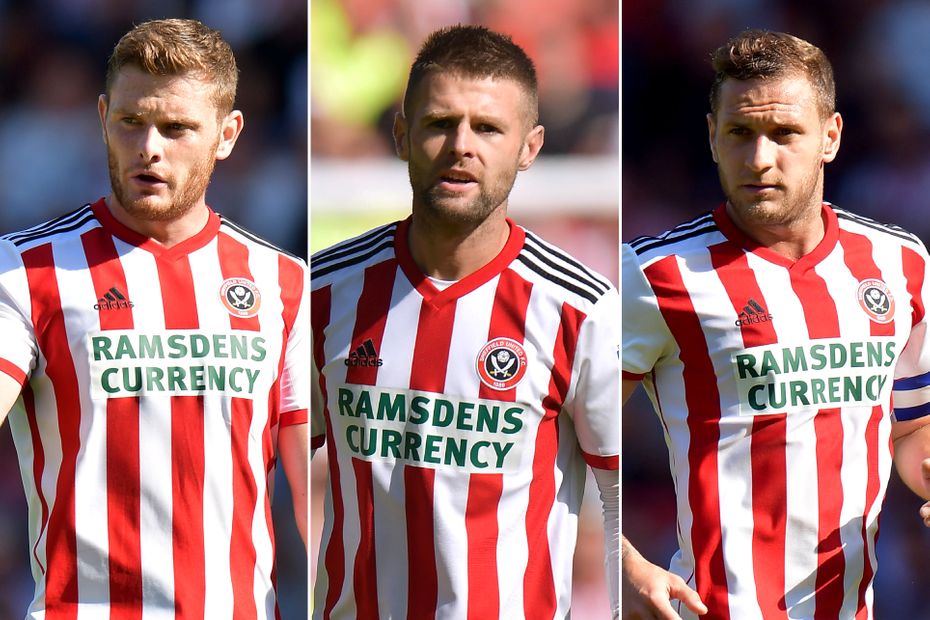 Adrian Clarke picks out three key players from Championship runners-up Sheffield United who can take the Premier League by storm in 2019/20.

The centre-back has gone from strength to strength since joining the Blades from Brentford three years ago, playing a key role in their promotion from League One in 2016/17 and their second-place finish last season.

The 25-year-old boasts all the qualities one would expect of a player in his position: he is tough, strong in the air and a fine reader of the game.

O'Connell is also comfortable on the ball so he fits in beautifully on the left side of the three-man defence in manager Chris Wilder’s 3-5-2 or 3-4-1-2 system.

The left-footed defender made 54 passes per match last term, helping to build attacks from the back.

Threat down the flank

What makes O'Connell a particularly special talent is his ability to become an attacking wing-back at sporadic intervals.

He regularly embarks on overlapping runs past Enda Stevens and supplies excellent crosses. Often he play life a left-back.

In total, O’Connell set up three goals last season and scored another three. He will be an asset at both ends of the pitch in 2019/20.

The Northern Ireland international was part of the Brighton & Hove Albion and Fulham squads that were promoted to the Premier League in 2016/17 and 2017/18 respectively, but was never given the opportunity to play for them in the top flight.

He will finally get that chance now with the Blades.

Norwood is a lynchpin for United as a cultured holding midfielder.

He is always looking to get on the ball and probe from deep, with his varied passing range making him pivotal to the team.

The 28-year-old makes more passes than anyone else in the side, and is adept at switching play and stretching opponents with long diagonals.

He is dangerous from dead ball situations.

After three fabulous seasons in the second tier, Norwood looks ready to make the step up.

With 227 goals since his professional debut in 2004, no player has scored more times in English football this century than Sharp.

Now 33, the striker is approaching the twilight of his career, but he still struck 23 goals in 40 Championship starts last season.

While he is an industrious player who holds the ball up well, his energy is best reserved for exploding into life inside the box.

Manager Wilder therefore prefers to give Sharp a strike partner who can shoulder some of the workload.

How Sharp scored his 23 goals

Boasting a magnificent 30.7 per cent conversion rate, Sharp was lethal throughout 2018/19.

An instinctive poacher in the six-yard box, more than half of his strikes came from close range.

Sharp by name and nature, he shows great movement to attack crosses and scores in a variety of ways. Last term he scored nine headers and finished chances with both feet.

His natural intuition and coolness in front of goal will give him an edge over his younger markers.