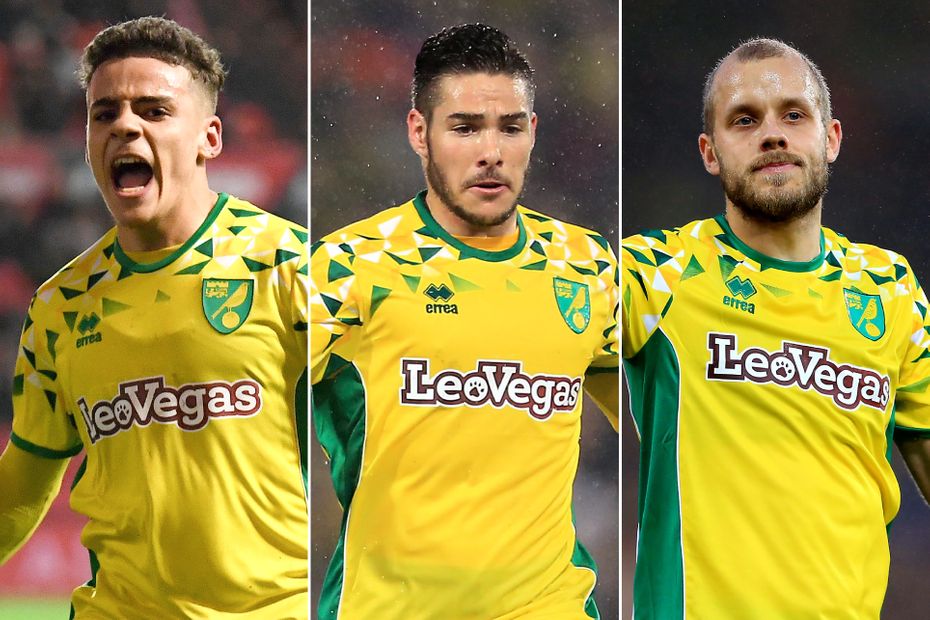 New clubs in focus: Norwich need steel to match style
The Promoted: Pukki can be the next Jimenez

Adrian Clarke picks out three key players from Championship title-winners Norwich City who can take the Premier League by storm in 2019/20.

The 19-year-old right-back was deservedly named EFL Young Player of the Year after an outstanding debut campaign at senior level.

Athletic and creative while also reliable defensively, the teenager was influential for Daniel Farke’s side at both ends of the pitch.

Aarons and 21-year-old left-back Jamal Lewis offer width, balance and penetration in wide areas for Norwich, who like to build moves down the flanks.

The defender is especially confident when running with the ball, having completed 56 dribbles this season, the second-highest total of any defender.

His end product is solid too. Aarons scored twice and produced six assists in 2018/19, while attempting 24 shots and creating 31 chances in his 41 starts.

He has all the tools to thrive in the Premier League.

The gifted Argentinian gives Norwich energy and a creative spark.

Operating in a right-sided attacking midfield role, but with a licence to roam, he is capable of producing electrifying moments with his sublime touch and vision.

He is also a team player who tracks back diligently. Indeed, he was ranked among the top 10 for the division’s most prolific tacklers last term.

Since arriving from Getafe last summer, Buendia has delivered eight goals and 12 assists in just 35 starts.

Four of those assists were for leading scorer Teemu Pukki, who enjoyed running on to the South American’s clever through-balls.

Buendia’s importance to Norwich is underlined by the fact that they earned 2.4 points per match when he started but only one point on average when he was absent from the line-up.

The Finland international’s finishing inside the box is assured.

Able to convert chances with either foot, and frequently with the calmest of side-footed finishes, the former Celtic striker enjoyed the most prolific campaign of his career.

How Pukki scored his 29 goals

As the table above shows, the 29-year-old is a penalty-box predator who scores the vast majority of his goals from close range.

Aside from his calmness in key moments, he is always on his toes, looking to bend runs across or behind his markers.

Pukki is a specialist at running on to passes that are cut back from the byline or slipped through the defence.

Norwich’s style suits Pukki. The Canaries like to pass the ball through the lines, and their front man is surrounded by excellent midfield technicians who can spot his runs.

Thanks to that service, he had 142 shots last term at an average of 3.3 per match, the joint-highest tally in the division.

He may not get as many chances in the Premier League but, when the opportunities do arrive, Norwich’s striker is lethal enough to take them.