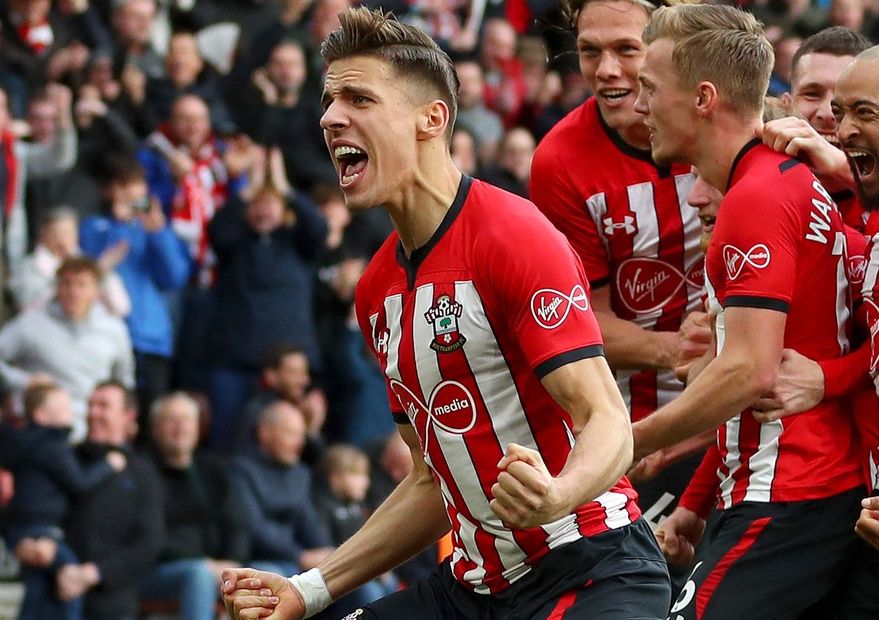 Despite Ralph Hasenhuttl's revival, Saints are back in the bottom three. We look at their fixtures, form and key man

After parting company with Mark Hughes at the start of December following just one win and nine points from their opening 14 Premier League fixtures, Southampton's hiring of Ralph Hasenhuttl has brought an improvement.

The Austrian has secured four victories and 15 points in his 11 matches in charge at St Mary's.

But this upturn in form still has not been enough to stop Southampton dropping back into the relegation zone, one point from safety, just as they were when Hughes left the club.

The Saints had an encouraging run of results at the start of the year, holding Chelsea to a goalless draw at Stamford Bridge before consecutive 2-1 victories over Leicester City and then Everton.

But they have since dropped points in three successive matches against relegation rivals.

After a 1-1 draw at home to Crystal Palace, Southampton were denied three valuable points at Burnley by a stoppage-time equaliser.

They conceded another goal in added time at home to Cardiff City to suffer a damaging 2-1 home defeat that took the Welsh team above them and sent Saints into the bottom three.

Hasenhuttl has been preparing his squad in Tenerife for a testing spell ahead of the next international break in March. Three of Southampton's next five matches come against top-six sides.

They next visit Arsenal, against whom Hasenhuttl claimed his first win in the reverse fixture, before travelling to Old Trafford at the start of March, then entertaining Tottenham Hotspur.

This would suggest that the match at home to Fulham on Wednesday 27 February is of importance.

A trip to Watford provides the other fixture and potential for a third away win under Hasenhuttl.

Seeking to draw on the battling spirit that helped them to a 0-0 draw at Chelsea when they face Arsenal, Manchester United and Spurs, Hasenhuttl will look to strong performances from his defence.

After struggling for game time under Hughes, Jan Bednarek has returned to the back four and excelled under the new man in charge.

"He is very aggressive in the one-to-one duels at the back, and also with the ball he is calm and has a good view for the surrounding players," Hasenhuttl told Southampton's official website last month about the Polish centre-back (pictured top).

"He is also loud, giving good tactical advice for the other players, and I think he is a very good package as a centre-back."

Bednarek and his fellow defenders are set to be busy over the next few weeks and the 22-year-old will need to call on all his strengths to lift Southampton out of the bottom three.