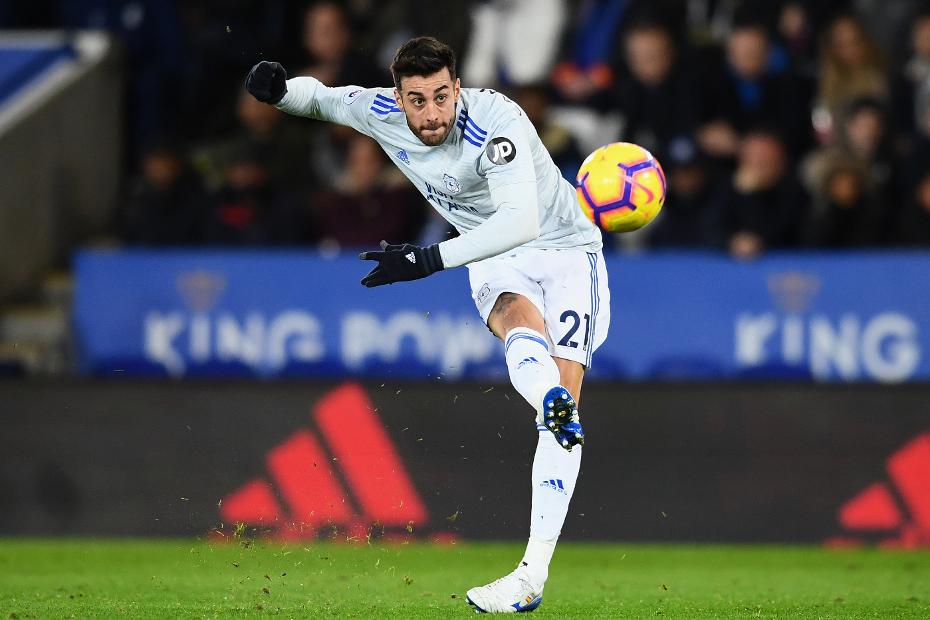 The series on teams striving to avoid relegation continues with a look at the Bluebirds' fixtures, form and key man

Hasselbaink: Cardiff did themselves proud

Cardiff City climbed out of the relegation zone with a 2-0 victory over AFC Bournemouth and a dramatic 2-1 win over Southampton.

These victories were claimed after a run of five matches without success and it was the first time since 1962 that the Bluebirds had recorded consecutive top-flight wins.

The achievement was all the more commendable for the fact that it came as the club mourned the death of Emiliano Sala, the striker they hoped would have boosted their battle against relegation.

Neil Warnock's side have won four of their last seven matches at the Cardiff City Stadium, taking 13 points from a possible 21.

They have not conceded a goal at home since the 3-0 defeat by Tottenham Hotspur on New Year’s Day.

With only two of Cardiff’s victories this season coming on their travels, at Leicester City and Southampton, their form in Wales will be vital in the coming weeks.

Cardiff will therefore be looking to capitalise on a run of three home matches from the next five fixtures, starting with successive meetings with Watford and Everton at Cardiff City Stadium.

Despite losing by the odd goal in both reverse fixtures, Warnock’s ability to motivate his men is clear and remains crucial to City’s survival prospects.

The matches at Wolverhampton Wanderers and Brighton & Hove Albion provide Cardiff with an opportunity to do the double of these opponents, having taken maximum points against both teams in November.

In between the away fixtures, Cardiff host West Ham United and will be determined to end a run of seven successive defeats by the Hammers.

City have struggled to create scoring chances this season. Only Burnley, with 174, have created fewer opportunities than Cardiff's 195.

So the return from injury of Victor Camarasa could be pivotal. Camarasa’s introduction as a second-half substitute at St Mary’s immediately injected creativity and flair into Cardiff’s midfield.

The 24-year-old Spaniard (pictured) has three goals since joining on a season-long loan from Real Betis, including two in his last seven outings.

That eye for goal, coupled with an ability to bring other team-mates into play, will be vital if Cardiff are to continue picking up points and edge their way to Premier League safety.