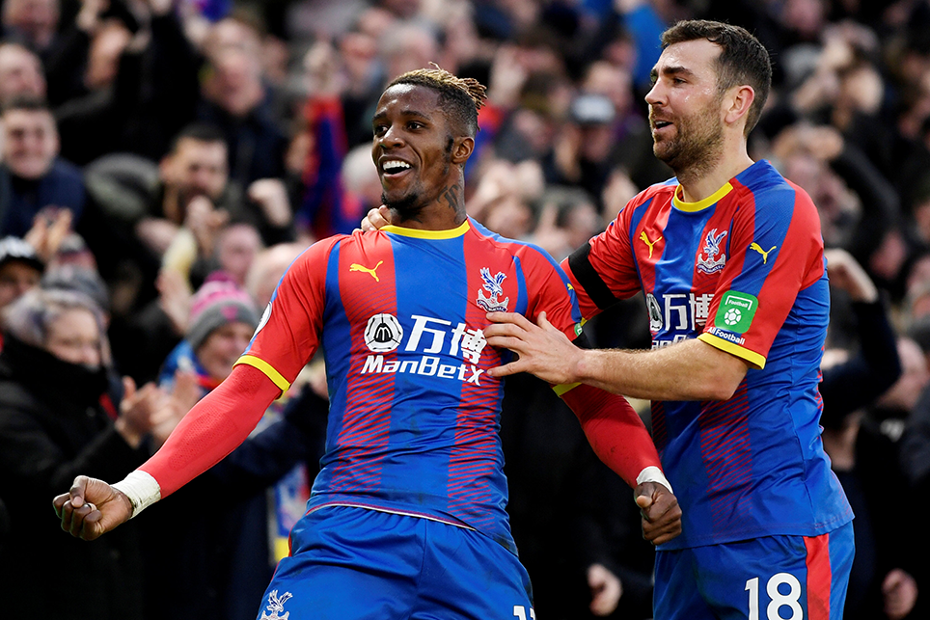 In a series on the teams fighting to avoid relegation, we analyse the Eagles' fixtures, form and key man

The 13th position that Crystal Palace currently occupy is their highest in the table this season since the start of October.

But Roy Hodgson's side will not feel complacent with their present situation.

They lie only three points above the relegation zone.

The south London club have bounced back from successive defeats by Watford and Liverpool in January by going on a three-match unbeaten run which included a victory over relegation rivals Fulham.

Despite that win an improvement is needed at home, having managed only three league wins at Selhurst Park all season.

Palace will hope to emulate some of their stellar performances against top-six sides, with Manchester United and Tottenham Hotspur among their next five opponents.

The Eagles notably beat Manchester City 3-2 at the Etihad Stadium, pushed Liverpool all the way in a 4-3 loss at Anfield and drew with Man Utd and Arsenal this term.

Two of their three home wins this season came against both their next away opponents, Leicester City and Burnley.

The Eagles also have a chance to avenge their defeat earlier in the season at Brighton & Hove Albion when the Seagulls visit Selhurst Park on 9 March.

After going 13 Premier League matches without directly providing a goal between October and January, Wilfried Zaha has rediscovered his form.

The winger has scored twice and provided an assist in his last three outings.

He also highlighted his increased attacking threat with six shots, including his goal, against West Ham United last Saturday, which was more than their opponents managed as a team.