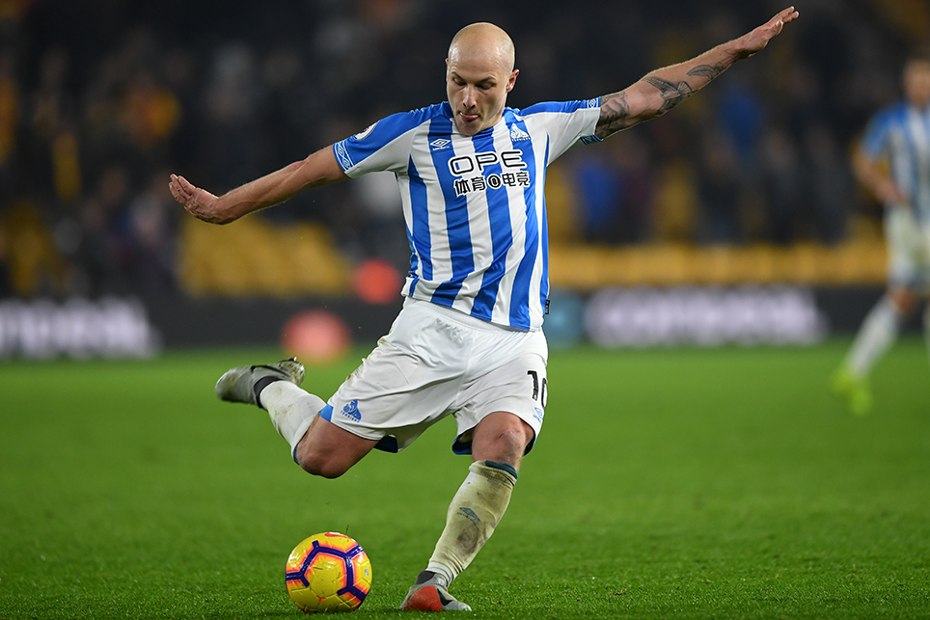 A look at the form, fixtures and key man for the Terriers if they are to defy the odds

Hogg: We'll give it all the fight we've got External Link

Siewert: We are on the right wave External Link
Battle for safety: Fulham

"We will keep fighting. We worked really hard to get into the Premier League, so we aren't going to go down with a whimper. We will give it all the fight we've got."

These were the words of club vice-captain Jonathan Hogg to the Huddersfield Town official website this week.

No team have escaped relegation from so far back this late in a season but having secured promotion despite a negative goal difference and retaining their Premier League last season with only 28 goals scored, Huddersfield are all about defying expectations.

Of the 12 defeats in Huddersfield Town's current 13-match winless run that has sent them to the bottom and 14 points adrift of safety, seven have been by one-goal margins.

New head coach Jan Siewert saw the positives in the 2-1 home defeat by Arsenal last time out which included a first goal scored in five matches.

"The way we created the chances, and at least we scored, we showed that we are on the right wave," he said.

The toughest-looking fixture of the next five is the one that will probably stir the happiest memories from this season for Huddersfield fans.

Seventh-placed Wolverhampton Wanderers travel to John Smith's Stadium on Tuesday, 26 February after a 2-0 defeat in the reverse fixture, Huddersfield's best result in 2018/19.

Of the other two opponents, West Ham United required a late equaliser to earn a point against Huddersfield earlier in the season while AFC Bournemouth were run close when the two teams met at Vitality Stadium.

Goals are needed desperately. While Huddersfield's 206 chances created are more than four other teams, the quality of those chances have been low.

Only 14 "big chances", where a player is expected to score, have been produced by the Terriers, the lowest in the league and the same tally as their goals scored.

The absence of Aaron Mooy through injury from the beginning of December hit the club hard.

As well as his energy in the middle of the field, the Australian's creativity and threat from set-pieces were badly missed.

If a fully-fit Mooy can deliver greater and better opportunities for his team-mates, then the "Huddersfield Town miracle Mk II" might be on.