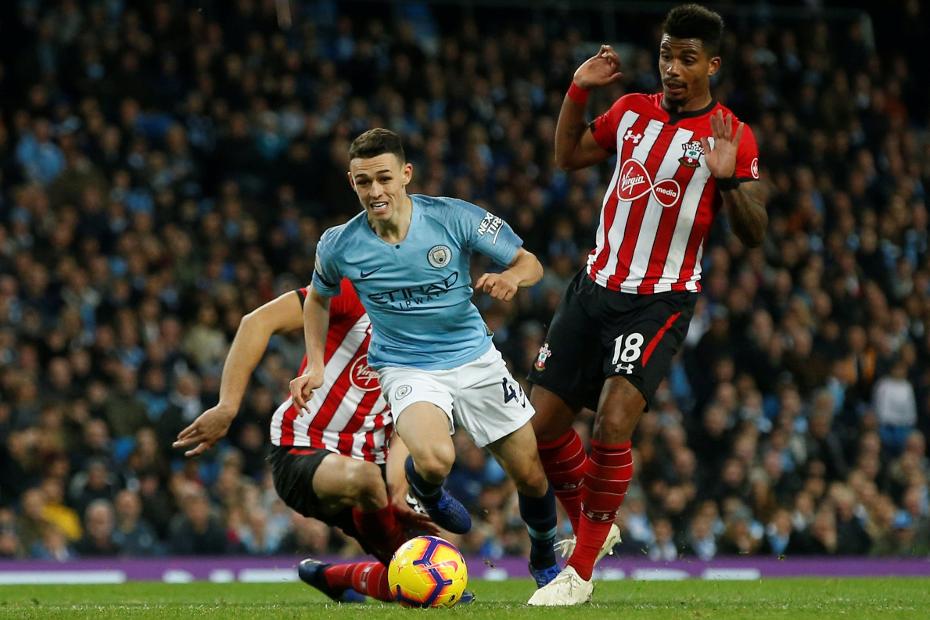 Adrian Clarke says despite limited minutes this season, the 18-year-old is destined for greatness

Earlier this season Pep Guardiola described Foden as "already a great, great football player". It is hard to disagree.

The gifted 18-year-old attacking midfielder has long been earmarked as an exceptional talent and he looks at home whenever Manchester City's manager unleashes him in the first team.

Foden has been used sparingly in the Premier League so far in 2018/19.

He has come off the bench in six matches, with a 21-minute stint against Huddersfield Town his longest spell.

Coming on late in matches when City are leading against tiring opponents, at moments when the game is stretched, has been a smart way to blood a player of Foden's type.

He is skilful, mobile and imaginative, and so has been able to get on to the ball in great areas, when City have been in almost total control.

This in part explains why his number of passes, at 68, exceeds the total minutes (65) he has played this term.

Even if the environment has suited him, the way Foden has made a mark in almost every appearance remains hugely impressive.

He has created a goalscoring chance in four of those six brief appearances, a fine record considering those times on the field range from only eight minutes to 21.

In the only two contests where Foden failed to make a key pass, he was introduced in the 88th minute or beyond.

If you broke down his contributions to 65 minutes of action in one single match, his stats would be staggeringly impressive, even if he were a seasoned pro.

So watching somebody of such a tender age perform so well right from the word go is incredibly exciting.

We know that he has pedigree. He won the Golden Ball, voted the best player at the FIFA Under-17 World Cup in 2017, and is an ideal fit for the way that Guardiola wants City to play.

He is comfortable receiving the ball anywhere on the pitch and is able to pass, move or dribble with ease.

This means that Foden can fill either of the two central attacking midfield roles.

Playing left or right does not affect him and he will push forward and try to score goals, too.

Foden netted against Oxford United in his first start of the campaign in the Carabao Cup and has taken a total of 11 touches inside the opposition's penalty area this term.

Attacking midfielders are not always able to enjoy so much penetration but Foden's skill and slippery movement gets him into some fabulous positions.

For the time being, Foden is a stand-in for the many superstars at Man City, and is learning from David Silva, Kevin De Bruyne and Bernardo Silva.

But I do not expect that situation to last too long. This 18-year-old looks destined for greatness himself.