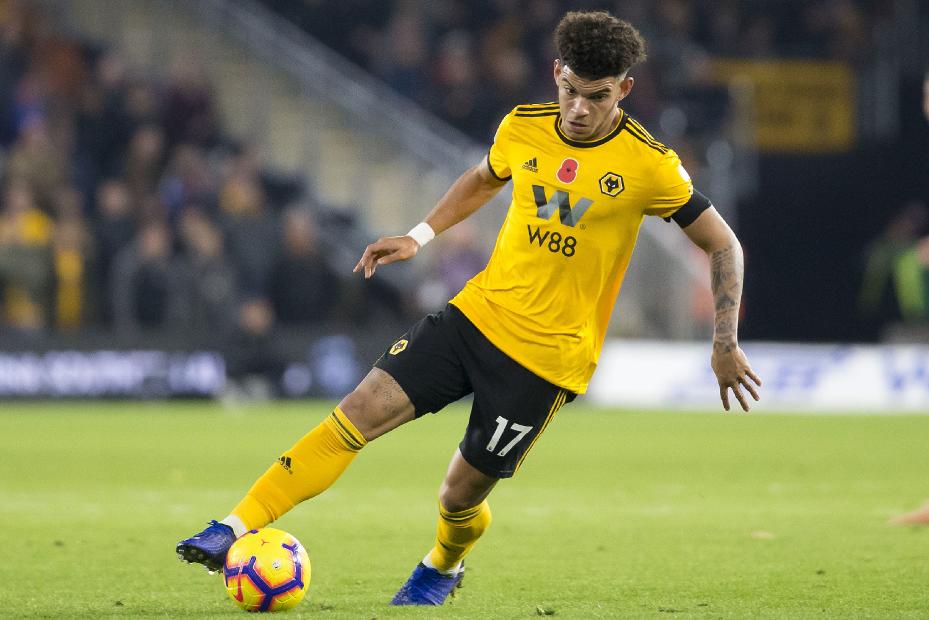 At just 18, Gibbs-White is a composed central midfielder with outstanding athleticism, vision and potential.

The Wolverhampton Wanderers academy graduate has featured for only 64 minutes of Premier League football but has already made an extremely positive impression.

He inspired a second-half fightback at home to Tottenham Hotspur with a splendid 28-minute cameo, then almost snatched a winner at Arsenal the next week, hitting the bar with a rasping, long-range drive.

Gibbs-White is blessed with a lovely blend of power and poise and likes to assert control in the middle third.

In his six substitute appearances to date he has shown a confidence in distribution usually reserved for a more seasoned player.

He is constantly drawn to the ball like a magnet and when in possession his passing stats are hugely impressive.

He is on course to average 71.7 passes per 90 minutes, while his distribution inside the opposition half is more accurate than first-choice starters Joao Moutinho and Ruben Neves.

So, although his brief time on the field slightly skews the figures, Gibbs-White is statistically outshining his more established team-mates.

During that 3-2 defeat by Spurs at Molineux, Gibbs-White moved the ball beautifully.

He completed 21 of 24 passes and might have picked up his first Premier League assist with a defence-splitting pass to send Helder Costa in for a 1 v 1.

His eye for a pass is perhaps his most exciting quality but he can also run at defenders.

Against Spurs he also broke the lines by travelling at pace with the ball at his feet.

On three separate occasions Gibbs-White effortlessly glided past Harry Winks down the middle of the pitch.

He has a good turn of speed and natural balance.

Pushing for a start

Of course, enthusiasm should be tempered on the basis of such limited playing time but Gibbs-White has the temperament and class to make a major impact at Molineux.

Replacing either of the impressive Neves-Moutinho axis looks unlikely in the short term but he is ready to step in should either man succumb to injury or suspension.

Gibbs-White's presence in the matchday squad should ensure high standards are maintained in central midfield, but another option for Nuno Espirito Santo could be to tweak his formation.

While his 3-4-2-1 is working well, the qualities Gibbs-White can provide may persuade him to experiment with a 3-5-2 at some stage.

Emerging as one of English football's brightest young talents, it is surely only a matter of time before Nuno unleashes Gibbs-White from the start.