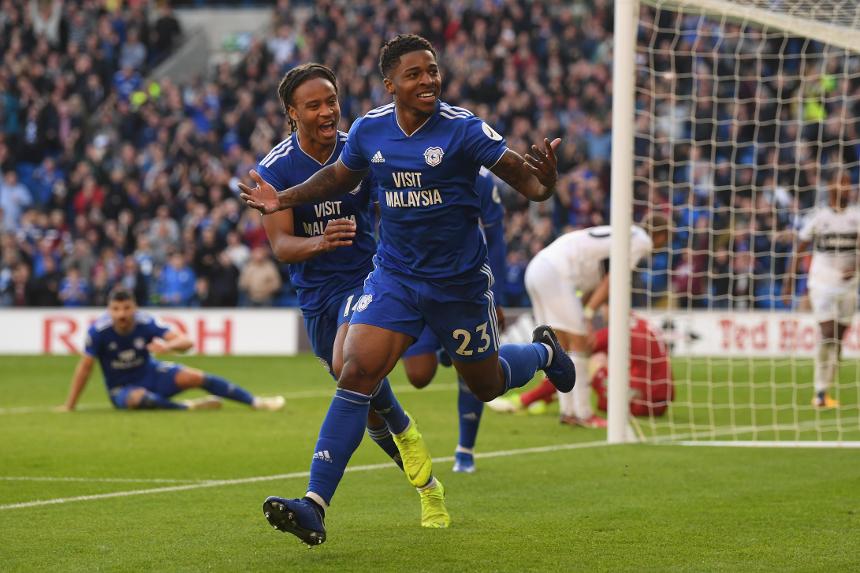 Signed by Cardiff City from Wycombe Wanderers in 2012 Kadeem Harris has had to bide his time.

He has made only 61 league appearances for the Bluebirds until now.

However, this autumn the 25-year-old has come alive.

According to manager Neil Warnock, Harris has "been the best player in training for the last six weeks".

So, after three promising substitute appearances against Tottenham Hotspur, Fulham and Liverpool, he was handed his first Premier League start at home to Brighton & Hove Albion in Matchweek 12.

Buoyed by the confidence gleaned from a late goal in the 4-2 win over Fulham, Harris shone against the Seagulls, playing the full 90 minutes in the 2-1 victory.

He popped up on both wings, offered width and menace every time he had the ball and lifted the struggling hosts’ spirits.

Rattling the crossbar with a fabulous 25-yard shot, sending over five crosses and teeing up three shots for team-mates, Harris was the Bluebirds’ liveliest attacker on the day.

*Rankings are for Cardiff's starting players only

Harris has been criticised for losing the ball too often.

But he was careful in possession against Brighton, and there was maturity about his decision-making.

Considering he is older than Harry Kane and Raheem Sterling, it should be no surprise his rawness is starting to fade.

All he needs now is consistent game-time to adjust to the demands of the top flight.

Harris is competing with Josh Murphy for a spot on the left wing, which is his most natural position.

But he can also play on the right, so the London-born midfielder has given Warnock a fresh selection dilemma.

His challenge now is to maintain the standards he set against Brighton.

Eager to make up for lost time, and to persuade Warnock that his current form is no flash in the pan, Harris has his long-awaited chance to make an impression as a Premier League player.