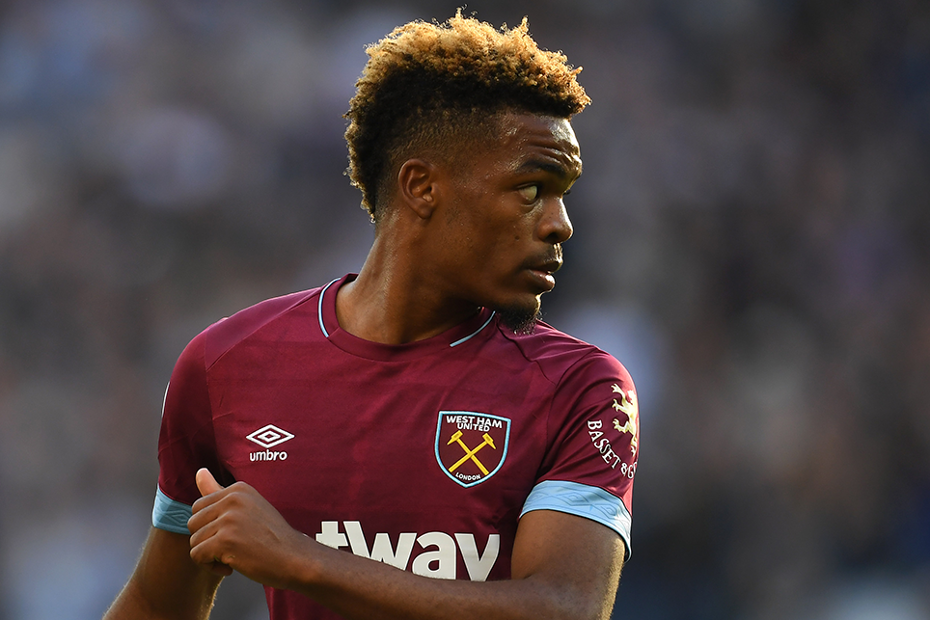 Diangana: The hard work in training is paying off External Link
'Diangana will show everyone what he can do'

The latest young star to emerge from West Ham United’s academy is the exciting right-winger Diangana.

Catching Manuel Pellegrini’s eye by scoring twice against Macclesfield Town in the Carabao Cup, he has since forced his way into the Hammers’ Premier League side.

And by performing impressively, the 20-year-old has quickly made himself a fans’ favourite at London Stadium.

Diangana has only featured for 257 minutes in the top flight, but he has been hugely positive in that time.

Full of running, he closes opposition players down enthusiastically and has won five of nine attempted tackles.

But it is his work with the ball at his feet that has impressed most.

Jinking his way past full-backs with tricks and body swerves, Diangana has averaged more than four successful dribbles per 90 minutes in the Premier League.

That places him ahead of both Wilfried Zaha and Eden Hazard in 2018/19, with only Adama Traore of Wolverhampton Wanderers ahead of him.

He is an exciting player who can get fans out of their seats.

The young winger showed his ability with a particularly strong display in the 4-2 home win over Burnley earlier this month.

Constantly demanding the ball, he had 71 touches, running at defenders whenever possible.

This stretched the Clarets, lifted the crowd and helped Pellegrini’s men to play on the front foot.

The hardest task facing any promising young player is to find the consistency to stay in the first team.

This is Diangana’s next challenge.

An injury to Andriy Yarmolenko opened the door, but Michail Antonio and Robert Snodgrass will provide stiff competition.

Last time out, in the 1-1 draw at Huddersfield Town, Diangana was substituted in a half-time tactical switch, as Pellegrini introduced Chicharito.

His next few outings will therefore be critically important.

But if this skillful academy graduate can remind Pellegrini of the impact his speed and neat footwork provides, he will almost certainly stay in the first-team picture.