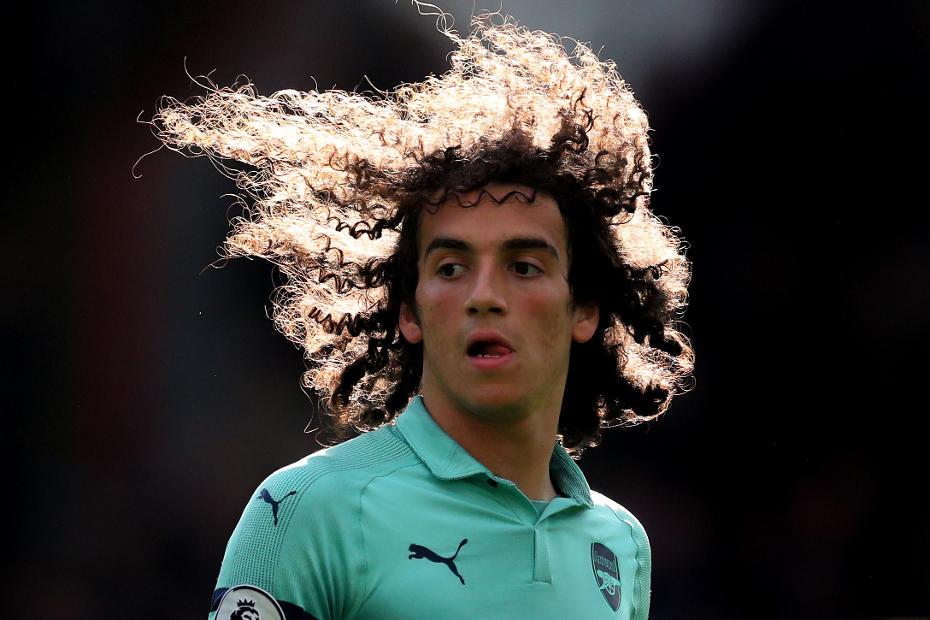 When he joined from Lorient in the summer Guendouzi was widely perceived as a player for the future, but the 19-year-old has already leapfrogged Aaron Ramsey in Arsenal’s central-midfield pecking order.

Guendouzi has exuded great confidence in his first weeks at a new club and in a new country, delivering a string of assured performances.

Considering he had made only 26 appearances in the top two tiers of French football before coming to England, Guendouzi has been an unexpected revelation at the outset of his Gunners career.

Industrious and very competitive by nature, the Frenchman wins more tackles per 90 minutes than Torreira.

He is also not too far off matching the acclaimed Uruguayan's output for interceptions and ball recoveries.

So whenever Torreira is absent, or if Unai Emery elects to add more steel to his midfield, he knows Guendouzi can be relied upon to offer combativeness.

In terms of distribution, Guendouzi also fits in beautifully with Arsenal’s tactical approach.

He is always eager to show for the ball in deep areas and has both the self-belief and quality to help fulfil Emery’s desire for his side to pass out from the back.

Guendouzi boasts a wonderful passing range. Although he tends to play the ball short, he does possess the technique to switch play with great accuracy.

In fact, his long-range passing is statistically superior to both Torreira and Xhaka's.

Still five months shy of his 20th birthday, there is enormous scope for development in his game and that is an exciting prospect for Gunners fans.

He is already a very accomplished performer but, with time, Guendouzi will surely develop his two weakest areas, decision-making and creativity, and become a more rounded player.

The Parisian's form is good enough to warrant regular PL starts but, unless Emery opts for a three-man midfield, his short-term role is perhaps more likely to be as back-up to Torreira and Xhaka.

Nonetheless, Guendouzi looks to be one of the bargain signings of 2018.

He has the potential to become an outstanding central midfielder.