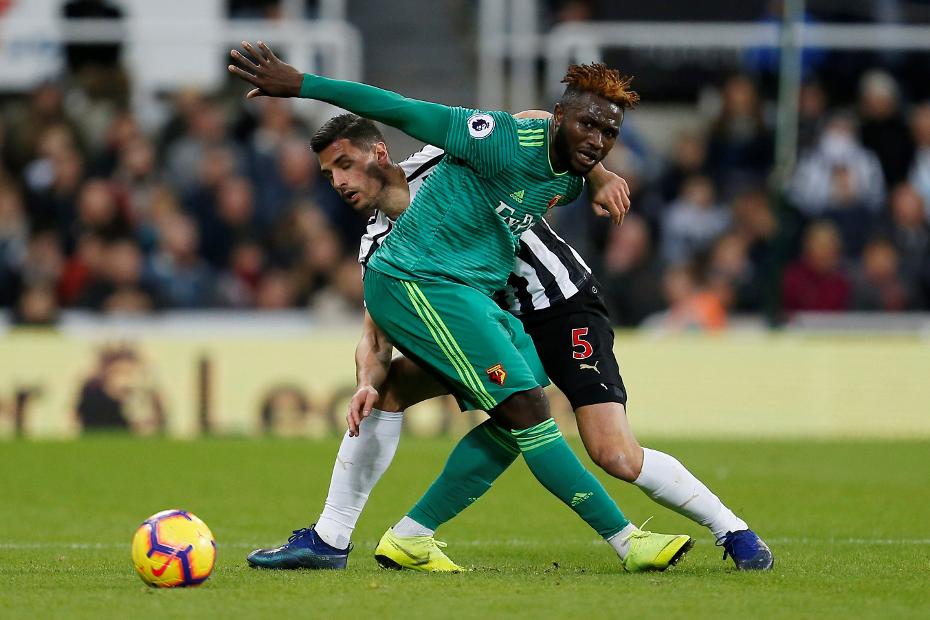 The Watford forward has profited from a starting role in recent matches under Javi Gracia.

Success has been named on the teamsheet in each of the last four Gameweeks, having failed to start any of their opening eight fixtures.

He has created nine chances in those encounters, second only to the 10 of Ayoze Perez (£6.1m) for forwards.

Success has created two big chances. That ranks joint-top with Callum Wilson (£6.8m) and Raul Jimenez (£5.8m) up front, showing he has been unlucky not to earn any assists.

He has also boasted a strong goal threat from Gameweeks 9 to 12.

The Nigerian's 10 shots were bettered only by the 12 of Roberto Pereyra for Watford.

Success was on the scoresheet in his last home match, a 3-0 win over Huddersfield Town in Gameweek 10.

And his all-round impact suggests he could continue to hold off the challenge of the fit-again Troy Deeney (£5.9m) up front.

Owned by only 3.7 per cent, Success faces a tough run of opponents in the next four Gameweeks.

But after that, his improving schedule can boost his appeal as a handy budget option.

According to the Fixture Difficulty Rankings (FDR), only one of Watford's matches from Gameweeks 17-23 score more than three.

Success can offer excellent value as a cut-price third striker over that run, also allowing managers to save funds and consider a 3-5-2 formation.