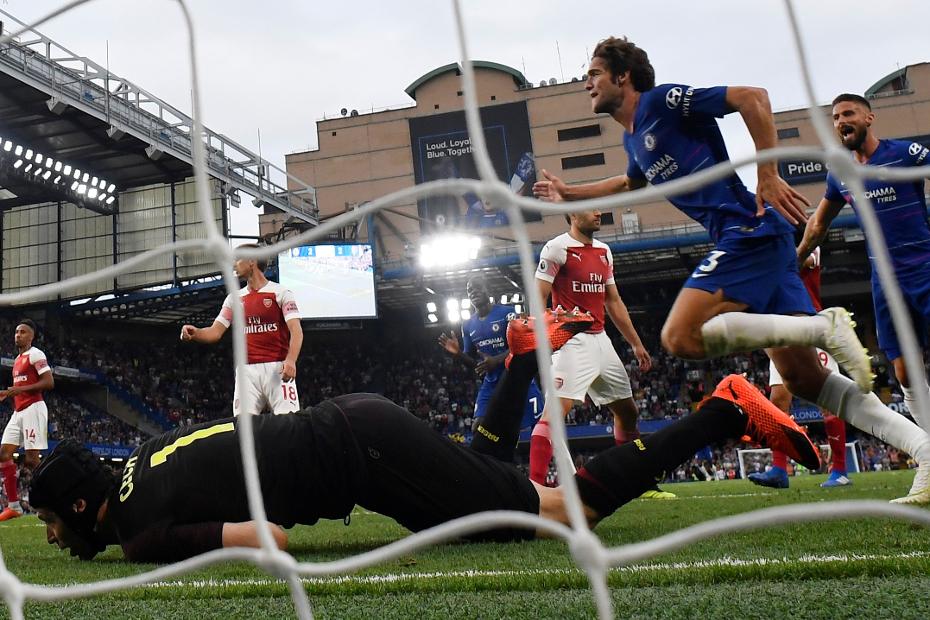 Marcos Alonso (£6.8m) is the standout FPL defender for goal threat in the ICT Index.

The Threat component measures a player's potential to produce goals.

It highlights the attacking displays of the Chelsea left-back across the first four Gameweeks of 2018/19.

Alonso’s total of 12 shots on goal is at least double of all but two other defenders.

He has scored once and supplied five assists on his way to the top of the FPL scoring charts on 44 points.

His underlying numbers are also an improvement on last season, when he scored seven goals.

Crucially, he is the only defender to feature in the ICT top 10 for both Creativity and Threat.

Luke Shaw’s (£5.1m) eight shots on goal is second only to Alonso. No defender has bettered the Manchester United left-back’s four shots on target.

The Everton and Arsenal defenders are joint-top with Alonso for shots inside the penalty area, with six apiece. The pair have also matched Shaw’s four efforts on target.

They have each scored one goal and also recorded two big chances, where the player receiving the pass is expected to score.

Owned by only 3.2 per cent, Laporte is also the only centre-half to start all four Gameweeks for Manchester City.

James Tarkowski (£5.0m) is the leading goalscorer among defenders, with two in the first four Gameweeks.

The Burnley centre-back's contributions in both defence and attack rank him fourth in the overall ICT Index for defenders.