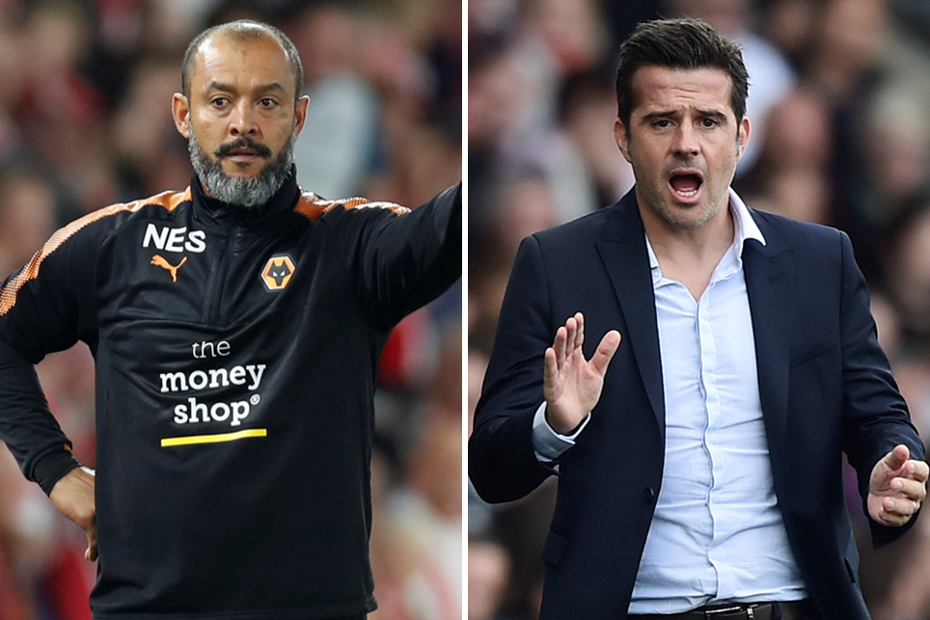 The promoted: Fast Wolves can take big chance
Can debutant managers start with a bang?
Emery can make his mark with plan to stop Sane

There will be a Portuguese flavour to the opening weekend of 11 August.

When Wolverhampton Wanderers host Everton, it will be Nuno Espirito Santo’s Premier League debut as a manager and Marco Silva’s first match in charge of the Toffees.

Both are from Portugal and only four years apart in age. Nuno, 44, and Silva, 40, met only four times in Primeira Liga, between 2012 and 2014, in charge of Estoril and Rio Ave respectively.

Each have two wins, with the away team always triumphant, which bodes well for Everton, who visit Molineux.

This match could be one of the most attractive of the opening weekend.

This is especially true at Molineux, where they scored on average more than two goals a match in their promotion campaign.

Wolves will try to push back an Everton side who conceded 36 away goals last season, the fourth-worst record in the Premier League.

But Silva will not sit back. His manner is to fight fire with fire.

Renowned for his attention to detail and intelligent game-plans, the Everton manager will likely build a strategy based around winning the ball in good areas.

His Watford side in the first half of last season ranked fifth in the PL for interceptions, sixth for tackles and ninth for recoveries in the opposition half.

Silva will have even more desire to press high up the pitch because of Wolves’ risky possession-based style.

Wolves made 23,099 passes last season with an accuracy of 81.9 per cent, both second in the Championship behind Fulham.

They conceded a joint-low 39 goals, but at times invited trouble.

Nuno’s side made 24 errors leading to shots and nine that led to goals. Only five teams conceded more from their own mistakes.

Just as he did at Hull City and Watford, Silva will encourage his side to attack at pace and with as much intensity as possible.

This may present problems for a Wolves backline inexperienced at this level.

It promises to be a high-intensity tactical duel between two bright young coaches.