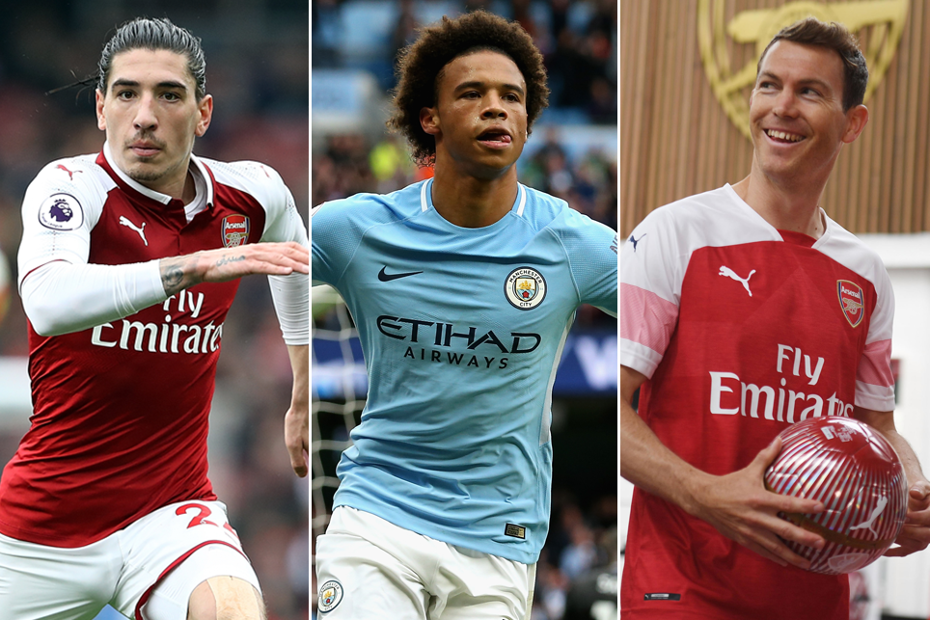 Unai Emery could hardly have been handed a more demanding start to life in the Premier League.

Arsenal’s new head coach begins against the two most recent champions, hosting Manchester City on the opening weekend before a trip to Chelsea a week later.

History is not on his side.

Arsenal have also struggled against their first two opponents.

Last season City scored three times in each of their three victories over Arsenal in all competitions.

Across the last 12 Premier League meetings with Chelsea, Arsenal have won only once.

Arsenal to be fresher?

One positive for Arsenal is the timing of their encounter with City.

The champions have 16 players at the FIFA 2018 World Cup, all of whom are regarded as first-team City players.

Fifteen of their World Cup contingent played over 1,300 minutes of PL football in 2017/18. Leroy Sane is the only regular starter resting this summer.

In contrast, Arsenal have nine players in Russia, of which only Granit Xhaka, Nacho Monreal and Mesut Ozil will be arguably first choice for Emery.

Chelsea are in a similar situation to City. Nine of their 14 World Cup players featured in more than 1,800 minutes of PL action last season.

With most of their key men enjoying a long break ahead a full pre-season under Emery, Arsenal may have an advantage.

Sane’s pace, power and skill has been a constant thorn in Arsenal’s side.

He will almost certainly start at Emirates Stadium, but who will Emery task with keeping the German quiet?

Hector Bellerin has struggled against Sane in the past and faces fresh competition for his place from new signing Stephan Lichsteiner.

The Swiss won more tackles and made more interceptions per minute for Juventus last season than Bellerin did in the Premier League.

No matter who starts, Arsenal fans will watch closely how Emery's right-back approaches the opening day from a tactical perspective.

Under Arsene Wenger, the Arsenal full-backs would push on, especially at home, no matter the opponents.

Will Emery curb those instincts, especially against a side as dangerous as City?

We will get some early answers when these two sides meet at Emirates Stadium on opening weekend.