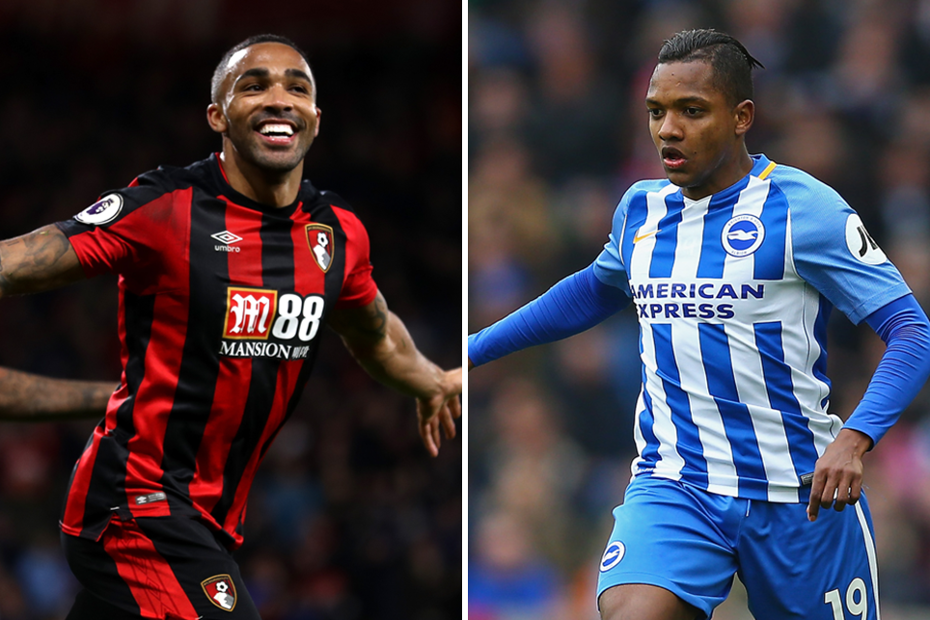 With the fixtures for the new season out The Scout explains how Fantasy Premier League managers can devise early plans for 2018/19.

By swapping players of these clubs in and out, FPL managers can guarantee themselves a player who performs strongly at home up until Gameweek 10.

From that three-team combination, Leicester’s defence were the most reliable at home last season.

So full-backs Ben Chilwell or Ricardo Pereira can become a key part of such a combination.

For Brighton, seven of the 10 goals that their winger Jose Izquierdo (pictured top right) was involved in came at home.

The Colombian got two goals and five assists in 2017/18 at the Amex Stadium.

AFC Bournemouth's Callum Wilson (pictured top left) was also strong in front of his own fans.

Of the 10 goals the forward was involved in, he scored five at Vitality Stadium and assisted another.

Using such combinations from back to front in your FPL squad and picking the home players, FPL managers can take advantage of the fixture list.