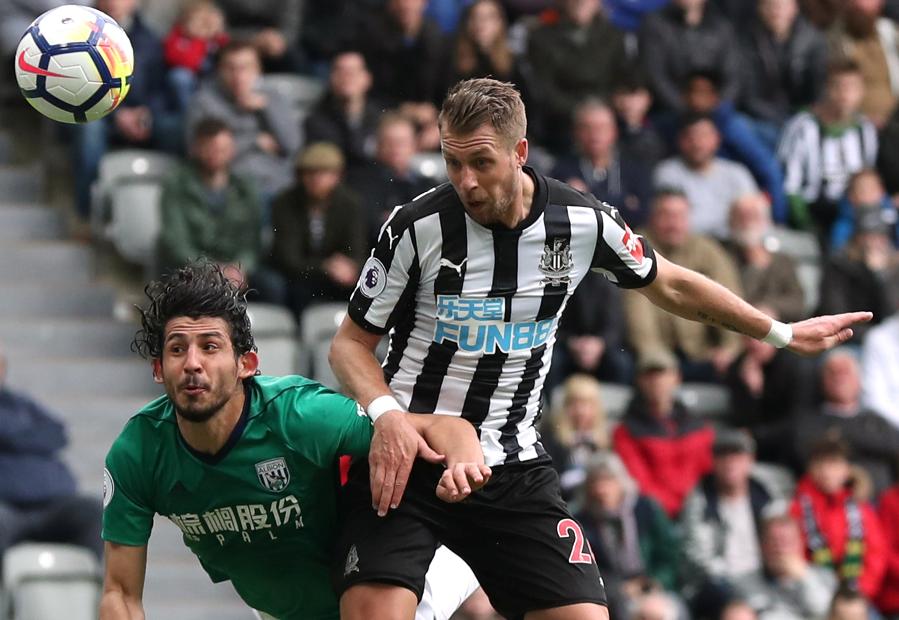 Lascelles: "This year was about survival - but we've done more than that" External Link

Rafael Benitez made a lot of important decisions in 2017/18, but it is hard to think of a better one than partnering Jamaal Lascelles with Florian Lejeune at the centre of the Newcastle United defence.

Lejeune ended up playing a crucial role as the promoted team finished 10th.

As a duo Lejeune and Lascelles gelled wonderfully.

Both are tall and strong, but while Lascelles loves to get tight to opponents, Lejeune is more adept at reading the game.

The summer signing from Eibar spent two spells out with injury that restricted him to 24 appearances but made a difference when on the pitch.

His calmness on the ball helped Newcastle to pass through the lines and go from back to front with more quality.

A total of 23 per cent of the Frenchman’s passes were long and yet he still kept a pass accuracy of 77 per cent.

Lejeune, who was on the books of Manchester City in 2015/16, is also a natural leader.

The 26-year-old and Lascelles are always communicating and offering vocal encouragement.

While Lascelles has rightly earned widespread praise for his performances, his partner has been equally impressive. The numbers in the table below outline this.

He is dominant in the air and outstanding at breaking up play with interceptions.

How Lascelles and Lejeune compare

Provided both players remain fit, I expect this developing central-defensive partnership to get even better in 2018/19.

Both men are in their mid-twenties and working for a top-class coach, so there is scope for improvement as their connection grows.