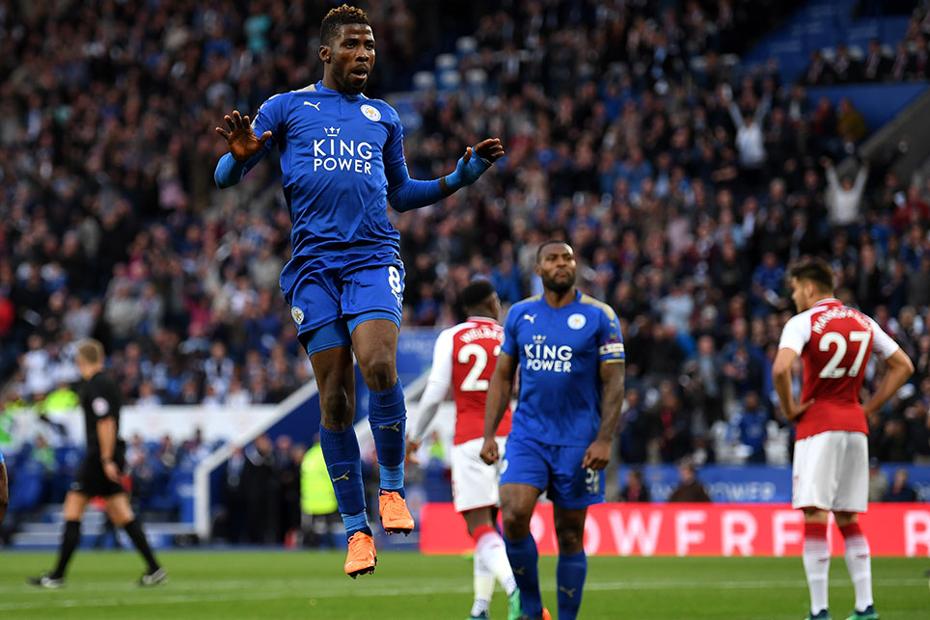 A brilliant performance as substitute in a 4-1 victory at West Bromwich Albion on 10 March helped revive Kelechi Iheanacho’s debut season as a Leicester City player.

Providing a delicious chipped pass to Riyad Mahrez for Leicester's second goal, and scoring with a powerful header shortly afterwards, the Nigerian’s introduction turned the match.

Ever since that defining contest, the 21-year-old has been a player transformed.

As you can see from the table above, Iheanacho’s contributions have improved dramatically since the West Brom match.

With renewed self-belief, he has run at defenders with greater purpose, and got himself into more goalscoring positions.

Two tremendous strikes against Arsenal and Tottenham Hotspur this month, served as a reminder of the match-winning qualities he brings.

Iheanacho does not offer the same work-rate or defensive qualities as Shinji Okazaki, his principal rival for a starting place, but he does possess a greater goal threat.

His five goals in seven starts for Leicester in the cup competitions suggests he could well get more starts next season.

Despite suffering from a disjointed first two-thirds of 2017/18 his numbers over the whole season still stack up well when compared with those of his Japanese team-mate.

Iheanacho grew into the role as Jamie Vardy’s foil in attack. The pair exchanged passes twice as often from 10 March onwards as they had done previously.

Like Vardy, Iheanacho is quick, which means he also has the ability to run beyond his strike partner; that is a tactic I expect the Foxes to work on this summer.

Such a variety of movement will give opponents a headache next season.

Iheanacho made only seven Premier League starts this season but the indications are that he is ready to kick on and become a key man for Leicester.

His improvement towards the end of the season suggests exciting times lie ahead.