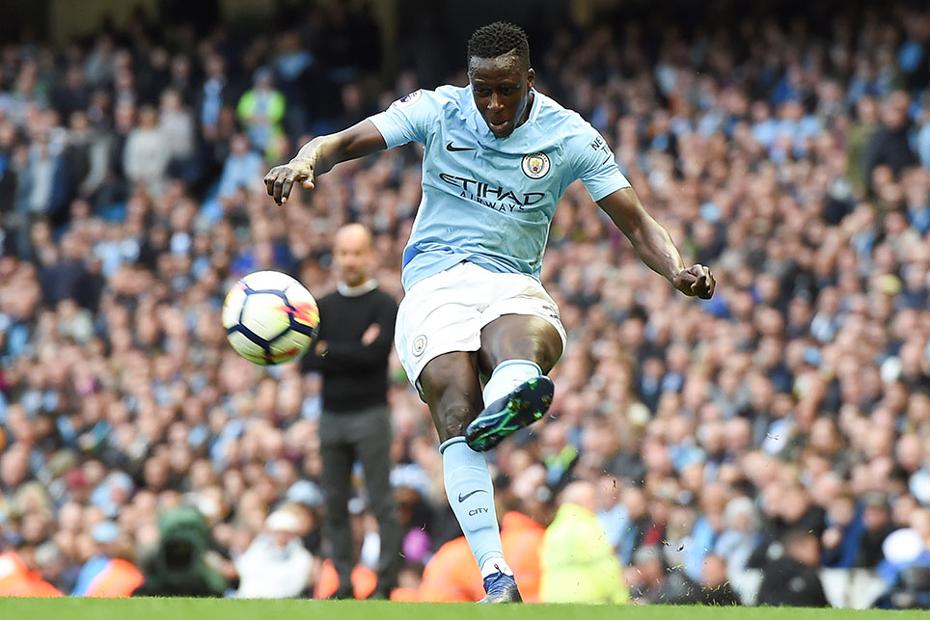 This time next year, Mendy will probably be regarded as the Premier League's most exciting full-back.

A serious knee injury limited the Frenchman to only 361 minutes of action in his debut season for Manchester City.

But, during those brief stints, he showed how he can take Pep Guardiola's side to new heights.

Mendy is powerful. He only made three 90-minute outings, against AFC Bournemouth, Liverpool and Watford, but, in each, Mendy made the most sprints of any City player, averaging an incredible 82 per match.

He married great width down the left with a bold approach that gave the champions an exciting new dimension.

The signing from Monaco is by some distance City's most creative full-back.

He put more than five times as many crosses into the penalty area than any team-mate per 90 minutes. So expect his supply line to offer an alternative avenue for the title-winners to attack opponents in 2018/19.

Despite his long layoff, Mendy looked excellent on his return to action in the last few weeks of the season.

At home to Huddersfield Town he sent in six crosses, two shots and a key pass during only 33 minutes on the pitch as a substitute.

And in Premier League terms he is by some distance the most active and proficient crosser from full-back.

Davide Zappacosta, of Chelsea, is the closest to Mendy in that department.

The only defender with more key passes per 90 minutes is Jesus Gamez, who made only two appearances for Newcastle United.

Sergio Aguero and Gabriel Jesus are likely to be the chief beneficiaries of a player who, when he is in full flow, is fabulous to watch.

The balance and threat he will provide to City next season will give them a major boost in their title defence.