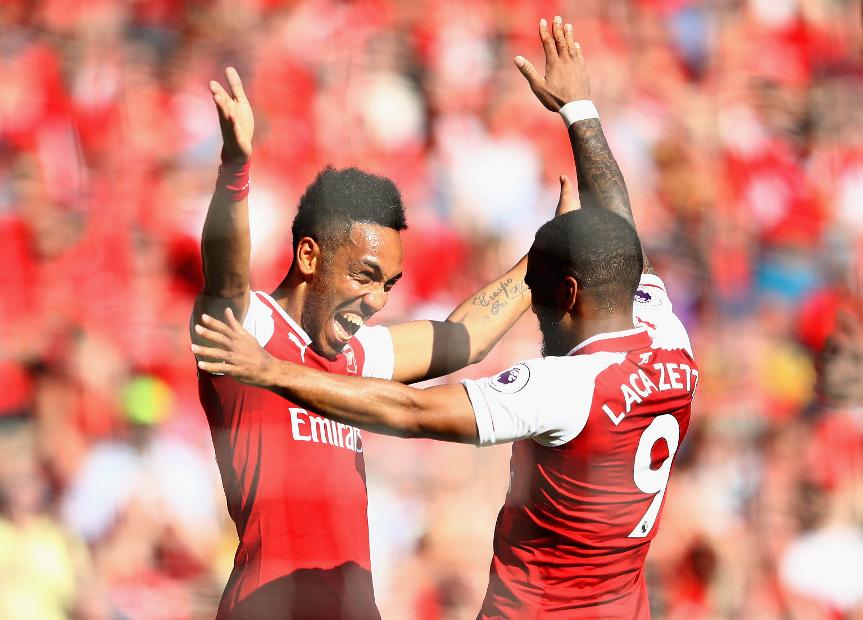 Based on his performances so far, Arsenal supporters have a right to be excited about the impact Pierre-Emerick Aubameyang can make in 2018/19.

He made a direct contribution to a goal every 75.6 minutes, which whets the appetite ahead of his first full season at Emirates Stadium.

As much as Aubameyang’s goal count, it was how he scored them that caught the eye.

It began with a diagonal run and a dinked finish against Everton. But what marked much of his finishing afterwards was his ability to adjust quickly to half-chances.

There was an instinctive flick with the outside of his right foot at Brighton & Hove Albion and fine finishes on the stretch against Stoke City, Southampton, West Ham United and Huddersfield Town.

The 2,298th and final goal of the Arsène Wenger era, courtesy of @Aubameyang7 ⚡️#MerciArsène pic.twitter.com/kqLY13bOwz

The way he quickly adjusted his feet to score against Burnley and Leicester City also impressed.

Aubameyang is equally comfortable finishing with either foot and his conversion rate of 41.7 per cent marks him out as an efficient finisher.

Indeed, Aubameyang missed the target with just five of his 24 efforts on goal. This makes him officially the most accurate shot-taker in the division.

Towards the end of Arsene Wenger’s tenure as Arsenal manager, he experimented with Aubameyang playing on the left of the attack, with Alexandre Lacazette as centre-forward.

A few observers were surprised, but Aubameyang performed well in that position.

While fulfilling his wide-man duties he still popped up inside the penalty area on a frequent basis.

This dual role as a second striker gave him more direct involvement in the action than as a lone front man and his relationship with Lacazette flourished.

Aubameyang created two goals for the Frenchman, who assisted one in return.

The twin threat they posed lifted their team-mates, while also striking fear into opponents, who could not handle Arsenal when the two strikers were paired together.

Arsenal were devastating when these two strikers were on the pitch.

The Gunners' average of 3.5 goals per 90 minutes when Aubameyang and Lacazette played together exceeds the average of 2.8 that Manchester City scored in a record-breaking season.

If that rate was extended for a full season, Arsenal would have scored 135 Premier League goals.

Of course, we cannot expect this level to be sustained over 38 matches, but it is a cause for excitement for Arsenal fans.

If he carries on next season as he did for the second half of 2017/18, it will be a surprise if Aubameyang is not a contender for the 2018/19 Premier League Golden Boot.