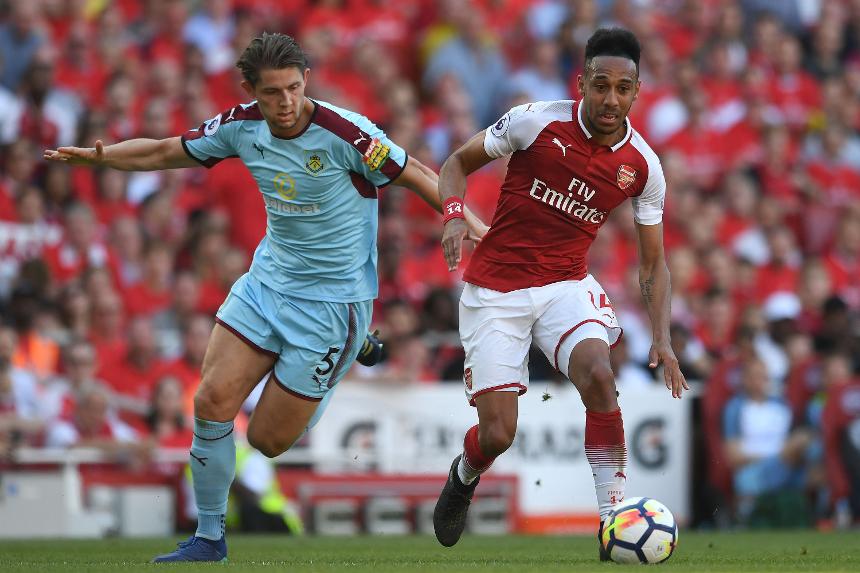 Arsenal striker has the form and fixture to prove a powerful differential on the final day, reckons The Scout

‘He can make you feel 10 feet tall’ External Link
GW38 Ones to watch: Aaron Cresswell

Fantasy Premier League managers can look to the Arsenal striker to inspire a final surge up the ranks.

Aubameyang is already the second most-signed player ahead of Sunday's 14:00 BST deadline.

That follows the striker's performance in Arsenal's 5-0 win over Burnley.

Since arriving at Emirates Stadium in January, he has shown a level of consistency that has kept pace with the very best in FPL.

Aubameyang has eight goals and four assists from only 11 matches, to average 6.5 FPL points per match.

Among forwards that is second only to the 6.8 points per match recorded by Sergio Aguero (£11.5m).

Aubameyang has been involved, scored or assisted, half of Arsenal's goals since his debut in Gameweek 26.

Arsenal travel to face Huddersfield Town on the final day.

The Terriers defence has been vulnerable at the John Smith's Stadium, particularly against last season's top-six sides, conceding 13 goals over five matches.

Aubameyang has the form and confidence to punish that fragility and, with an ownership of only 11.8 per cent, can have a big say for managers on the final day in Fantasy.

A candidate as a differential captain, he can be the driving force behind one last push and turn mini-leagues on their head.