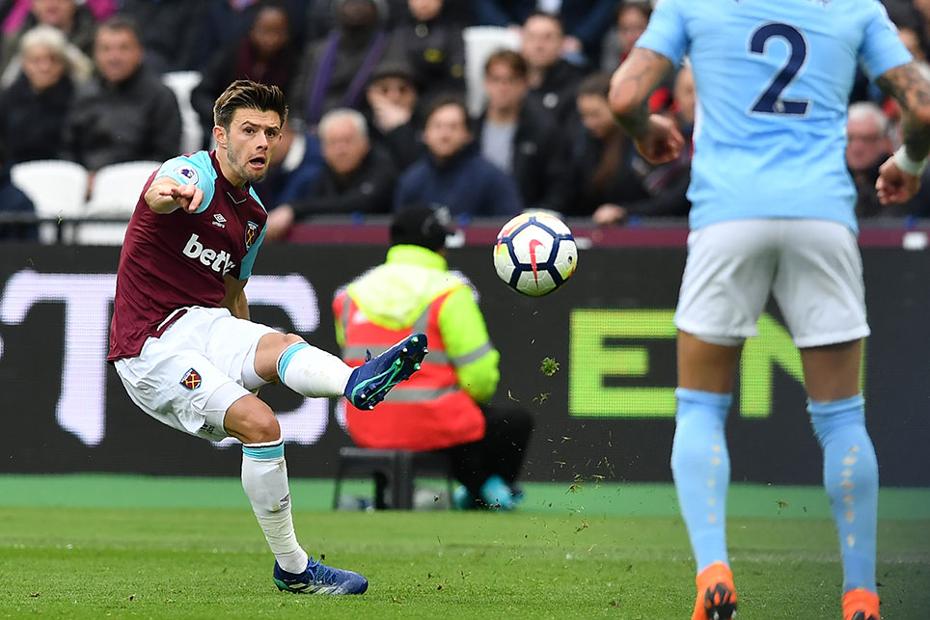 ‘That was for the fans’ says Noble after Leicester win External Link
GW38 Ones to watch: Virgil van Dijk

The West Ham United player fits the profile as the perfect defender for Gameweek 38, offering the prospect of both defensive and attacking points.

Cresswell is part of a defence who have conceded a league-high 67 goals, but he has enjoyed an outstanding season in Fantasy.

Either as a left wing-back or on the left side of a defensive three, he has featured in each of the Hammers' nine clean sheets.

Cresswell's supply from out wide has been an effective weapon for David Moyes's side.

Only Jose Holebas (£4.8m) has attempted more than his 187 crosses, while his seven assists are joint-top with Ben Davies (£5.8m) among all FPL defenders.

Set-pieces have played their part. Cresswell has taken 64 of West Ham's 154 corners, second only to the 87 taken by Watford's Holebas among defenders.

That expertise also extends to direct free-kicks, shown by Cresswell's goal in the 4-1 defeat by Manchester City in Gameweek 36.

A final-day meeting with Everton at London Stadium offers Cresswell the platform for another shutout.

The Toffees have recorded only 49 shots over their last six matches. Only Huddersfield Town, with 48, have produced fewer.

A modest FPL ownership of only 2.6 per cent is another factor to consider, with Cresswell a differential for the final Gameweek.

Those managers seeking a new recruit in defence for Gameweek 38 must look for the prospect of a big score.

Cresswell has the form and fixture to provide just that.