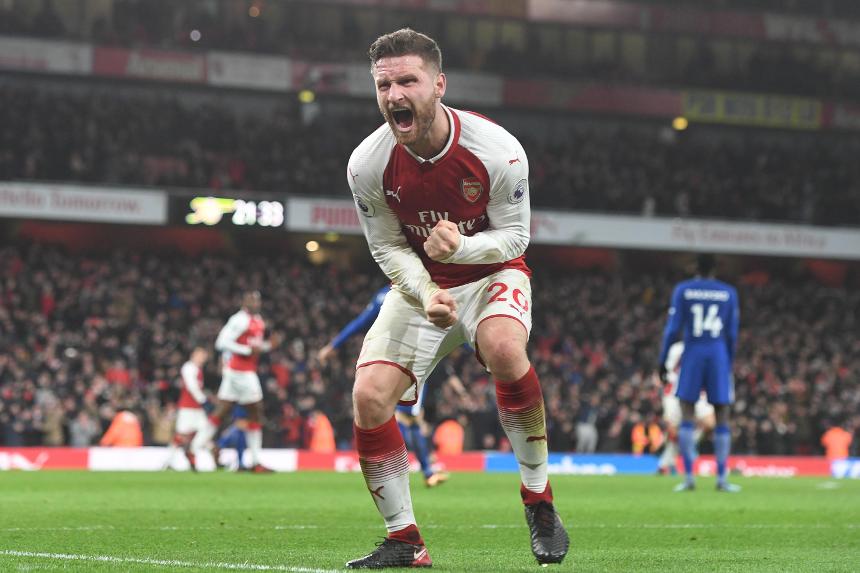 Arsenal defender who has three sources of points is a standout option for the season run-in, explains The Scout

Mustafi: To come out of it as a team is a massive thing External Link
GW33 Ones to watch: Ben Chilwell

The centre-back has emerged as the go-to defender in Arsenal's ranks.

Mustafi rewarded his 39,000 new Gameweek 32 owners with eight points in the 3-0 win over Stoke City.

That followed a 12-point return in a victory over Watford.

Regular starts have allowed the German to edge ahead of team-mates Nacho Monreal (£5.6m) and Hector Bellerin (£5.9m) in the FPL pecking order.

Mustafi has started every match since Gameweek 20, despite manager Arsene Wenger rotating his squad around UEFA Europa League ties.

He has produced clearances, blocks and interceptions (CBI) at a faster rate than any other Arsenal defender in that 12-match run, averaging one every 9.8 minutes.

That is an important metric in the Bonus Points System (BPS), making Mustafi a leading contender for bonus points when the Gunners keep a clean sheet.

Indeed, since Gameweek 20, Mustafi has scored 272 in the BPS, more than any team-mate across the four positions.

That total is also second only to the 298 of Cesar Azpilicueta (£6.9m) since Gameweek 20 among FPL defenders.

Top defenders by BPS since GW20

Mustafi's eye for goal adds to his points potential.

He is a threat from set-pieces and has scored with three of his five shots on target.

Southampton travel to Emirates Stadium on Sunday having failed to score in four of their last five matches.

Saints did not record a single shot on target in the Gameweek 32 defeat to West Ham United.

Sunday's match-up is part of a favourable end to the campaign.

Only one of Arsenal's remaining seven matches scores more than three in the Fixture Difficulty Rankings (FDR).

With a trip to Leicester City yet to be rescheduled, Arsenal will also play twice in a single Gameweek before the season ends.

That makes Mustafi a prime target for the run-in as a source of clean sheets, bonus points and the promise of another goal.