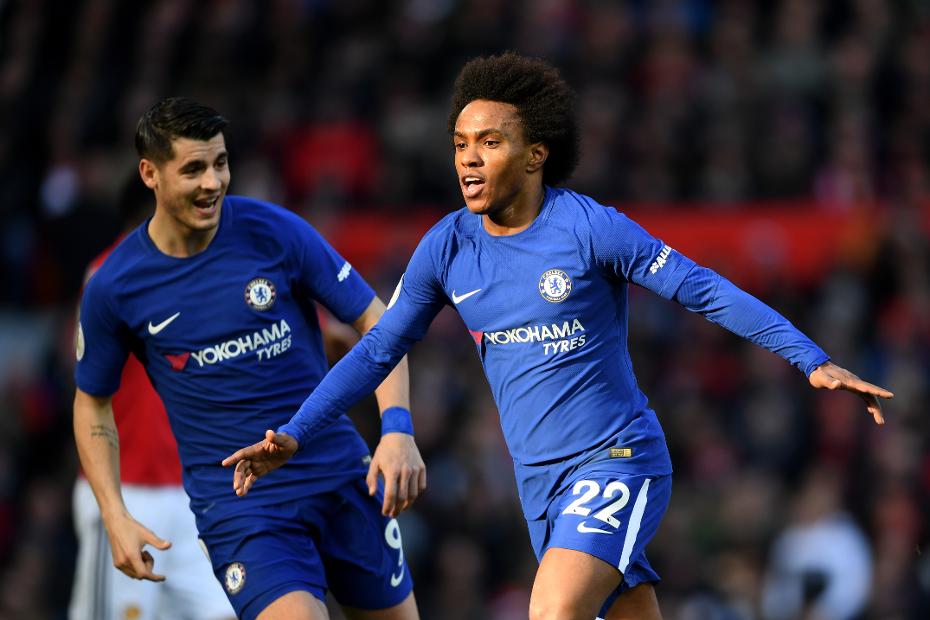 Alonso: Fight until the end External Link
How to make Fantasy plans for fit-again Harry Kane
GW33 Ones to watch: Shkodran Mustafi

The Chelsea midfielder continues to be the in-form attacking option in their ranks.

His recent performances have ensured he has figured in the Chelsea starting XI in each of their last four Gameweeks, making him an assured pick. And in his last seven starts, Willian has produced four goals and three assists, returning nine bonus points.

Even the talents of Eden Hazard (£10.6m) struggle to compare.

Over his last seven outings, the Belgian team-mate has supplied three goals, a single assist and five bonus points.

That means Willian has outscored Hazard by 53 points to 39.

Willian also has the edge for points-per-million value over the season, scoring 16.8 to Hazard's 14.2.

Willian has fired 13 shots over his last four matches.

Eights of those efforts have been on target, which is second only to the nine of Marko Arnautovic (£6.9m) among FPL midfielders.

Hazard has had only two by comparison.

A favourable season run-in is at the heart of Willian's appeal.

Antonio Conte's side play twice in Gameweek 34, with trips to Southampton and Burnley.

Another Double Gameweek will follow later, with a home fixture against Huddersfield Town yet to be rescheduled.

Chelsea have only one remaining opponent who score more than three in the Fixture Difficulty Rankings (FDR).

The Hammers have conceded 16 goals over their last six away matches, more than any other side.

Willian should get the opportunity to shine in Sunday's derby and reward the 37,000 managers who have brought him in ahead of Saturday's 11:30 BST deadline.

Owned by a modest 14 per cent and with the form and schedule to end the season strongly, few midfielders offer better potential value.