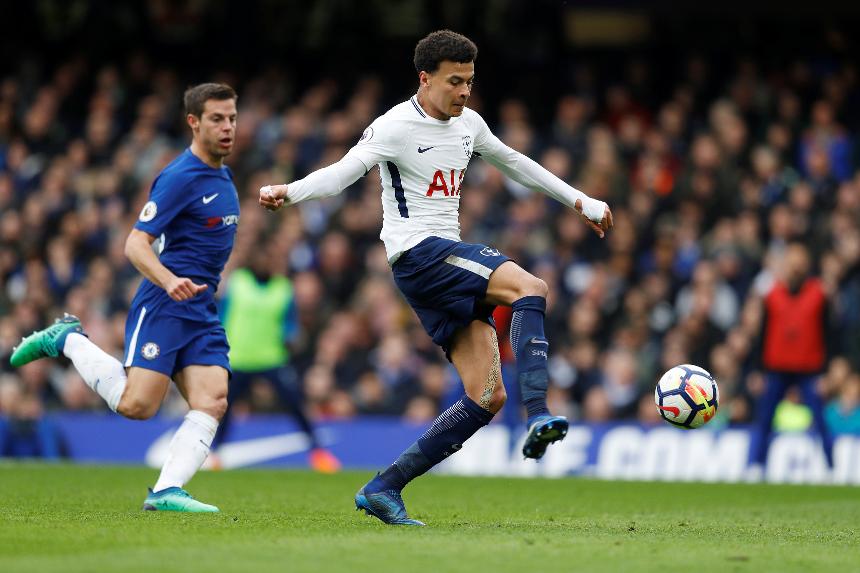 Few can match Spurs midfielder's points potential in run-in as he remains overlooked, says The Scout

Eriksen on Dele: He digs in and works hard External Link
How to make Fantasy plans for fit-again Harry Kane

The Tottenham Hotspur midfielder looks to be in fine form, just in time for the season run-in, forcing FPL managers to reassess his prospects.

He had suffered indifferent FPL form until that point with just a pair of assists in the previous seven fixtures.

As a result, Alli appears in only 11.9 per cent of squads.

That makes his late-season flourish all the more significant for those managers looking to make up ground on mini-league rivals.

Alli had relied mainly on his creative talents as a source of FPL points.

His total of 12 assists is bettered only by Kevin De Bruyne (£10.4m). But his clinical edge appears to have returned.

Alli has converted three of his last four big chances, having previously scored three of 10 before Gameweek 30.

He has the platform to go on producing big points hauls, beginning with Saturday's trip to Stoke City.

Spurs have won 4-0 in each of their previous two trips to the bet365 Stadium, with Alli supplying three goals.

The Gameweek 33 encounter is also just the beginning of a favourable closing schedule for Spurs.

Spurs will play twice in Gameweek 34, hosting Manchester City before a trip to Brighton & Hove Albion.

Another Double Gameweek will follow in Gameweek 37, when a home fixture with Newcastle United follows a trip to West Bromwich Albion.

FPL managers are already turning their attention to the Spurs attack, though Harry Kane's (£12.7m) return to fitness is the main draw.

That could play into the hands of those managers willing to invest in the midfielder.

As a differential capable of a run of double-figure scores, few can match Alli's FPL pedigree and potential.