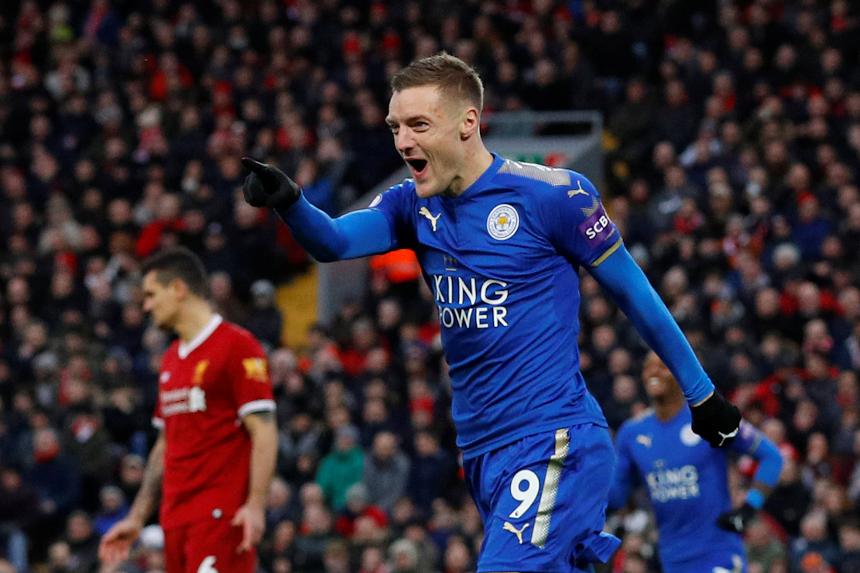 Adrian Clarke casts his tactical eye over five players who have impressed him from back to front so far this season.

Scoring in six of his last eight Premier League appearances, Jamie Vardy has to be considered one of the hottest strikers around.

The Leicester City striker has matched his total of 13 goals from last season, and just four players sit ahead of him in the race for the Premier League Golden Boot.

He may not have grabbed many headlines, but it has been another tremendous campaign for 31-year-old.

Indeed, Vardy has been more clinical than in Leicester’s title-winning season.

Although he has had fewer opportunities than in 2015/16, he has been more accurate than ever.

While four penalties have boosted his tally in 2017/18, after no success from the spot last season, Vardy continues to score an impressive range of goals.

Netting from counter-attacks, crosses, rebounds and set-pieces, with his right and left foot, as well as his head, he remains an adaptable finisher.

He also has a terrific record against the top six sides. Eight of Vardy’s 13 strikes this season have been scored against Arsenal, Chelsea, Tottenham Hotspur, Liverpool, Manchester United and Manchester City.

A man for the big occasion, his style remains tailor-made to hurt top teams on the break.

At the age of 31, some might have expected Vardy to slow down since inspiring the Foxes to the title.

Yet he remains one of the quickest front men in the league, continuing to test his markers with regular sprints in behind or down the channels.

He has slightly modified his style though, learning to conserve more energy for the moments that matter.

Not closing down defenders quite as often, or making run after run to show for the ball, Vardy now carefully selects the right times to burst into action and sprint into the box.

He is having less involvement in Leicester’s build-up play but, provided that it is not affecting his goal output, that won’t concern his manager, Claude Puel.

Puel is keen to transform Leicester into a team with more variety than simply playing on the break.

This has been evident in some possession-based performances. But Puel knows Vardy’s potency remains his side’s key asset.

Aided by quality service from Marc Albrighton and Riyad Mahrez this term, the latter creating four of Vardy’s goals, the forward's explosiveness inside the box continues to be key.

Vardy has been responsible for 33% of Leicester City’s Premier League goals this season. Only Harry Kane and Mohamed Salah have scored a higher proportion for their clubs.

He may be in his thirties, but Vardy remains the Foxes’ main man.

Part 1: Ederson taking the last line of defence to a new level
Part 2: Dunk showing shades of Terry in his defence
Part 3: How Emre Can became heart of Liverpool's midfield
Part 4: Shaqiri can shake things up for Stoke